WATCH: People Are Just Skipping Thanksgiving Now to Get in Line Early for Black Friday
video

WATCH: People Are Just Skipping Thanksgiving Now to Get in Line Early for Black Friday 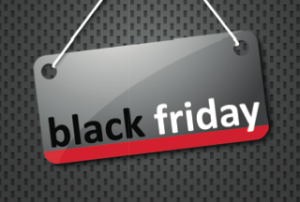 Thanksgiving is a time to gather around with your family and say what you’re thankful for. But for a lot of people, it’s about getting a jump start on Christmas shopping. Yes, as if to say “I am deliberately ruining this holiday just to make the next one awesome,” people are lining up en masse outside stores in anticipation of Black Friday sales, even skipping Thanksgiving to do so.

And believe it or not, not all the people who engage in this are happy about it. A number of early customers actually complained to The Sun News in South Carolina that they are missing Thanksgiving because of the earlier opening times for major department stores.

“I don’t think it’s really a good idea just because Thursday Thanksgiving is time for family and Friday is Black Friday and not Black Thursday,” Vider said. “Ya, I’m out here supporting it, I guess, but I still don’t agree with it.”

And there are actually people who have been camping outside a South Carolina Best Buy since Tuesday. One of them said, “People pointing, laughing, calling me crazy, and I always got to go ‘I don’t like that term. I prefer the term enthusiastic.'”

It’s really a value judgment determining which is preferable: insanely good deals on electronic devices that are going to become obsolete in less than a year, or spending time with your rowdy family. Some people have adopted the former as a tradition of sorts, with one Long Island woman saying, “It’s not crowded — this is lovely… Let them stay home and cook their turkeys and I’ll shop.” And another woman basically admitted, “I have many other days I can spend with my family.”

Watch WAVY’s report on this trend below: