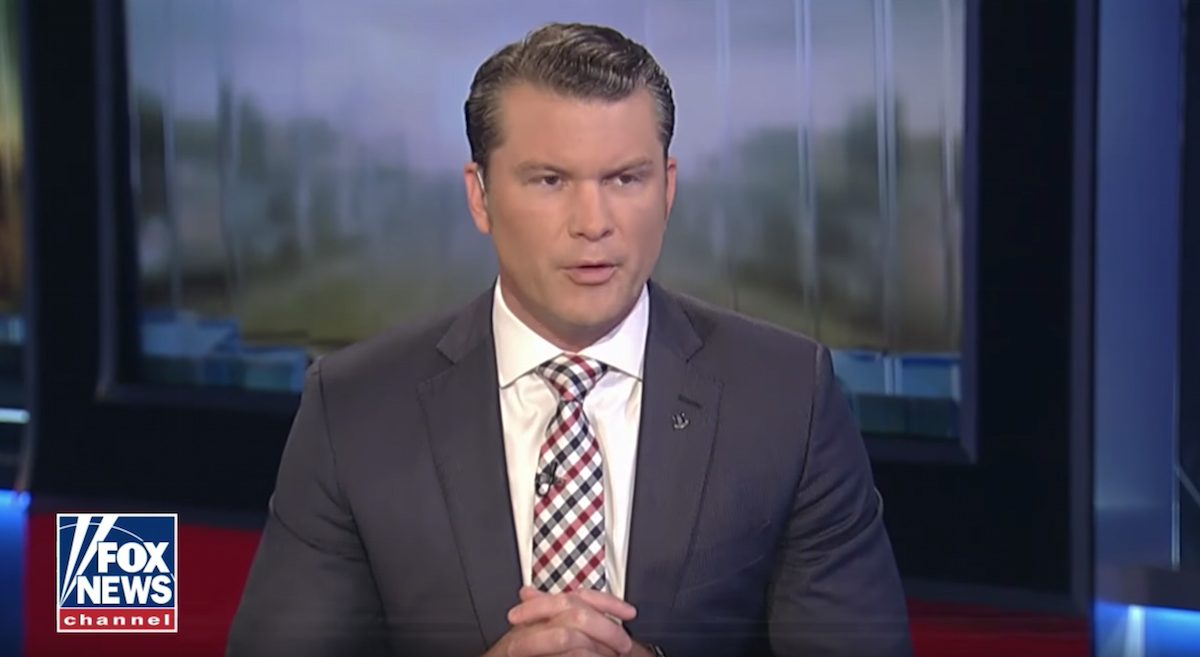 CNN’s Alisyn Camerota recently questioned the journalistic credibility of former employer Fox News — where she worked for 16 years — in an extensive interview with The Daily Beast.

“Roger Ailes had a very particular mission statement. Roger wasn’t a journalist. Roger believed in good TV and presenting what he thought was the counterbalance to what he called ‘liberal media.'” the New Day co-host said in her interview.

“So that’s not what journalism is,” Camerota continued. “I’m just so struck every day by, now, all the stellar journalists that I work around. And it’s freeing not to have to conform to a mission statement like that.”

Fox News host Pete Hegseth — who occasionally guest-hosts Fox & Friends, just like Camerota did once upon a time — did not take kindly to the notion that his employer does not represent actual journalism.

He struck back at Camerota on Twitter, issuing a brutal tweet in response to the interview — also directing his ire towards New Day co-host Chris Cuomo.

Hegseth went with the old “we have better ratings” canard.

“If Alisyn Camerota and Chris Cuomo are unbiased ‘journalists’… then I’m Walter Cronkite,” he quipped.

To be fair, Fox News does regularly double CNN in both primetime and daytime ratings.

Hegseth’s “high-calorie burn” remark is in reference to a section in her interview in which Camerota compares her and Cuomo’s contentious interviews with subjects to Fox & Friends often lighter programming.

So in the morning, on the anchor desk, Chris Cuomo and I get a lot of enjoyment out of watching what some of the other networks are doing. [Laughs] Chris and I will just have engaged in some high-calorie burn of an interview with somebody from the NRA or a politician and we’ll be holding their feet to the fire. Then we’ll look to the quad box and over on some other network they’ll be doing a pancake eating contest. That was happening this morning and we always stop and marvel at the different life that we have in morning news compared to some of our competitors that have a much more morning zoo approach to their programs. [Note: Fox & Friends celebrated National Pancake Day during the 6 a.m. hour on Tuesday.]