Phoenix Man Hilariously Fights Back Against Amazon Package Thief: ‘I Will Find You, And I Will Convict You’ 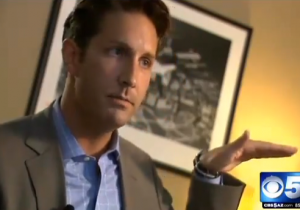 If you had a package that was stolen right from your front door, what would you do? Think about your answer, because Phoenix resident Tim Lake has already claimed the mantle of best response ever! His security camera picked up a woman grabbing an Amazon package from right outside his house and scampering away. But rather than just filing a police report, Lake took matters into his own hands with sarcastic WANTED posters and a tongue-in-cheek vendetta against the Dog the Bounty Hunter lookalike who made off with his coffee pods and ice trays.

CBS5 gladly joins in on the joke, playing the comedic straight man with the somber camera angles as Lake sheds a few mocking tears, even splicing his warning to the criminal with footage from Liam Neeson thriller Taken. Lake warns the thief, “I don’t know who you are. I don’t know what you want. But I will look for you. I will find you, and I will convict you.”

He set up an AOL account (“I think AOL’s still cool”) under the name HeatherbreaDriveJustice, and plastered a poster all over town with pictures of the thief and the following message:

“On Friday, the second day of August in the year of our Lord two thousand thirteen, I was suddenly and deliberately robbed by an unknown assailant. She made away with my amazon.com package containing Keung coffee pods and two ice trays valued at more than $22 (plus the annualized per order cost of an Amazon Prime membership… which, side note, is totally worth it). So y’all need to hide your kids, hide your wife, and hide your Internet purchase cause they’re robbin’ everybody out here.”

Watch the video below, via CBS5: