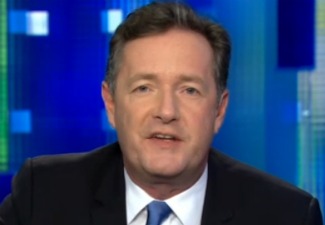 Piers Morgan Live came to an end Friday night, and Piers Morgan himself ended the show by thanking the people who helped make the show possible and loyal viewers who stayed on to watch. He said, “We gave it everything we had and I loved every minute. Well, maybe not every minute.”

But Morgan went out swinging at the NRA, in a final monologue hitting on the same point he has been hammering from the start of his tenure at CNN: gun violence in America is a serious problem and “the scourge of gun violence” needs to be stopped, but as long as the NRA keeps pressuring politicians into backing off, nothing will get done.

He ended with a call to action of sorts, saying he loves America but this culture of gun violence needs to change, and people need to rise up and cry “Enough!”

Morgan also sent out a few farewell tweets before the show.

Thank you @jonathanwald & our whole magnificent @PiersMorganLive team. We won some, we lost some – but we always gave it everything we had.

Most importantly, we stood up to the plate even when it wasn't easy or popular or to do so > #guns @PiersMorganLive #CNN

I leave with no regrets, many great memories, and one heartfelt hope – that America sorts out its insane gun laws. @PiersMorganLive #CNN