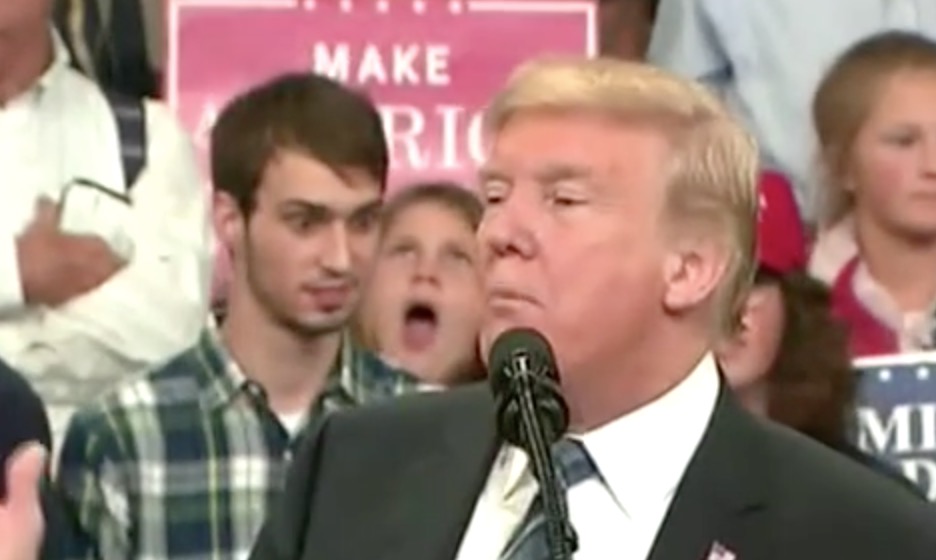 At Donald Trump‘s rally in Billings, Montana, one audience member placed just behind the president was not buying it.

Twitter users noticed that the rallygoer — known only as the man with the plaid shirt — kept responding to some of the more Trumpian claims made by the president at his rally with expressions of shock, doubt and mockery.

“We’ve picked up a lot of support,” Trump claimed in his rally, to which Plaid Shirt Guy replied, “Have you?”

this was one of my favorites ‘we’ve picked up a lot of support’ plaid shirt guy ‘HAVE YOU!??’ pic.twitter.com/omM7i8zwPh

Here, Plaid Shirt Guy responds to a particularly nonsensical Trump tangent with, “What!?”

Here he is just straight up laughing at Trump’s claims about his successes:

He made a lot of faces:

Check out green plaid shirt guy behind trump-they moved him and the people with him???? pic.twitter.com/qxOz8joWB3

The wild ride came to an end unfortunately, as Plaid Shirt Guy was eventually asked to leave his coveted position directly behind the president, after not applauding.

At Trump’s Montana rally, some of his supporters seemed irritated. Some seemed unenthusiastic and even bored.

Is this why multiple supporters were swapped out? pic.twitter.com/NVlnK2zV19