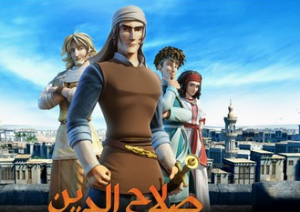 The thinking goes this way: it’s been tough for Al Jazeera to find a home on American cable television. So why not try a new approach? Kid’s programming. Because if cable operators object to offering viewers exposure to Al Jazeera’s news, they’ll probably jump at the chance to provide those viewers Al Jaz for Kids! Or so goes the thinking, as reported by Fast Company‘s Neal Ungerleider, who says “the new English-language Al Jazeera Children’s Channel is scheduled to launch by the end of 2012” and will feature syndicated shows and original programming from the network’s existing Arabic-language Al Jazeera Children’s Channel.

And you can almost hear the screaming voices of outrage already, can’t you? The programs on Al Jaz Children’s feature cartoons and educational fare similar to PBS, but do have a distinctly Al Jazeera feel, like Saladin, a children’s cartoon about the Crusades, told from the perspective of the legendary Muslim warrior. Fun! But execs believe American Moms and Dads will want this for their kids, and maybe, eventually, that will lead to the network’s news coverage finding a spot alongside Fox News, MSNBC and CNN, as Al Jazeera Children’s general manager Mahmoud Bouneb told Fast Company:

“We have an ambition to create an international feed for JCC that will benefit other markets, [such as] Asia and North America […] We are thinking probably by the end of 2012 because it takes a long time to prepare and to penetrate the market … we have so many requests from Asian countries to bring Al Jazeera [Children’s Channel] in Arabic and to be dubbed in English […] It is essential our international feed will cover North America. I don’t think we will face the issues related to the distribution of Al Jazeera (English News).”

Watch a segment of Saladin embedded below: