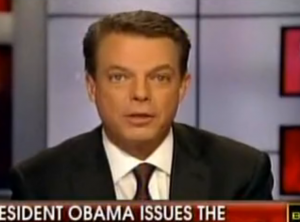 President Obama has made his first set of presidential pardons–and leave it to Fox’s Shepard Smith to mine the list for the funny.

According to the Justice Department, nine individuals have had their offenses erased by the president’s pen, including four men convicted of drug charges, one man sentenced in 1960 to “felony liquor law violation” and a man sentenced in 1972 to illegal possession of government property.

But then there’s Ronald Lee Foster of Beaver Falls, Pennsylvania. As Smith puts it:

“Little bit of breaking news coming in. You know the president just took off from Afghanistan and they’ve sent us word now that he has granted his first pardons. Nine pardons granted today, no familiar names at all on the list and no really outrageous charges. Four of those convicted of cocaine charges, some other drug charges, conspiracy charges. I think the most interesting one is from Beaver Falls, PA. Ronald Lee Foster, convicted of mutilating coins. For that he got a year’s probation and a twenty dollar fine. And today, Ronald Lee Foster got a pardon.”

The Official Department Of Justice Press Release Below:

Offense: Conspiracy to defraud the United States by making false statements to the U.S. Food and Drug Administration; 18 U.S.C. §§ 371, 1001.

Offense: Wrongful use of cocaine, adultery and writing three insufficient fund checks; Articles 112a and 134, Uniform Code of Military Justice.

Sentence: Oct. 19, 1984; District of Kansas; one year and one day in prison and three years of special parole.