Previewing How The Media Will Defuse CNN’s Bombshell Benghazi Revelations 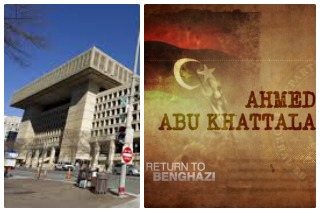 The silence that followed CNN’s bombshell report, in which they revealed that one of their reporters was able to sit down for two hours with a suspect in the deadly 2012 attack on an American diplomatic consulate in Benghazi, was deafening. A portion of the interview, airing on CNN’s The Situation Room on Wednesday, revealed that the suspect is not in hiding, has no fear for his personal safety, and has never been contacted by either Libyan or American investigators. In prime time, Fox News Channel scrambled their programming lineup to dig into the implications of the CNN interview, but neither MSNBC nor even CNN’s highest profile personalities touched the bombshell. Why? Perhaps the revelations were too fresh for those concerned over how the scandalous revelations may adversely impact the White House’s political standing. It was on Fox, in fact, where a budding counter narrative — one that protects both the FBI and the White House — was hatched.

Appearing with Fox News Channel’s Greta Van Susteren on Wednesday night, former FBI Special Agent Jonathan Gilliam was asked how the media could get to this Benghazi attack suspect before American investigators. Gilliam responded Socratically by asking why, in an open investigation, the FBI would even want to approach this individual before they had the opportunity to fully investigate him.

“When I was in the FBI, I could have talked to a thousand of the suspects that we were looking at, but we knew where they were, and knew what they were doing, and that’s what leads an investigation,” Gilliam said.

“The way the things are normally pushed back and forth, it’s by executives who probably don’t have as much investigative experience than the guys on the ground, and yet they’re steering the investigation when it’s this large of an investigation,” Gilliam continued.

He dismissed the CNN interview and scolded Rep. Jason Chaffetz (R-UT) who reacted to the bombshell report by asking why, if CNN can interview a Benghazi suspect, why can’t the FBI? Gilliam said that “patience” and “faith” are virtues when awaiting the results of a federal investigation, and those critical of the government’s tactics are behaving like “conspiracy theorists.”

He stopped short of implying that CNN had, in fact, hindered the federal government’s efforts to bring the Benghazi attackers to justice, but if the interview had not been cut short for time he might have gotten there.

“Rumors continue to swirl about the whereabouts of suspects involved in the attack,” the letter read. “The FBI continues to add pictures of potential assailants to its website and asks the Libyan people to assist with identifying the alleged perpetrators. We struggle to understand why we don’t know more about those who attacked two U.S. compounds and murdered four brave Americans.”

“We ask that you provide a status report on the investigation within 30 days of the date of being sworn in as the Director,” the letter concludes.

CNN has given the FBI a black eye. As any federal agency is wont to do in those circumstances, it’s members will circle the wagons to protect their reputations and positions — evidenced by the churlish tone taken by former Agent Gilliam. The insinuation that CNN has in fact jeopardized the investigation into the Benghazi attack with their ill-timed report provides the media with a perfect counter to uncomfortable questions raised yesterday about the nature of the investigation into the Benghazi attacks.