Pundits of All Stripes Agree Ferguson Chaos Could’ve Been Prevented; Here’s How

Pundits of All Stripes Agree Ferguson Chaos Could’ve Been Prevented; Here’s How 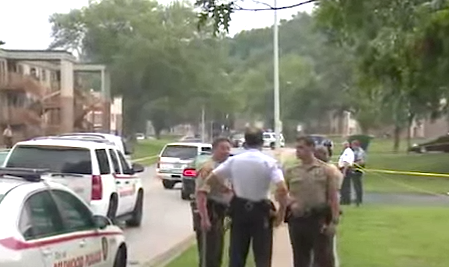 If you watch enough cable news, you learn one hard incontrovertible fact: Rarely does an opinion on a particular topic earn agreement across the spectrum, especially during a controversial story as it unfolds.

But if you’ve been flipping around and stopping by CNN, Fox and MSNBC over the past two weeks–primarily for Ferguson coverage–perhaps you’ve noticed one idea around improving law enforcement that’s been gaining serious traction and praise: The use of body cameras on police officers.

The consensus (almost) across the board has sounded something like this: If the final moments of Michael Brown’s life in Ferguson were recorded from the perspective of officer Darren Wilson via a body camera (Was Wilson assaulted by Brown? Was Brown trying to surrender?), all of the chaos that followed…the protests, the looting, the confrontations, the oftentimes self-serving media frenzy, the non-stop speculation of what might have happened…would never have happened. Instead, we’re left with two very different stories, with various cable pundits and hosts/activists picking one side and injecting themselves into the story in the process.

As we’ve seen, small, nimble and advanced technology is already playing a big role in media and politics. Without camera phones and easy to hide/disguise devices, we might have a President Romney (the 47 percent tape), Steve Ballmer wouldn’t own the Los Angeles Clippers (the Sterling tape), and Rod Blagojevich would likely be hosting his own HLN show by now. This theme could potentially be applied to law enforcement as well if departments follow the trail currently being blazed by the LAPD (which began experimenting in January with 120 of its officers) on the body camera front.

Across the country, trials are happening more and more. The results already in have been nothing short of staggering. According to a University of Cambridge study that looked into the effectiveness of body cam technology on policing, there was an eye-popping 89 percent drop in complaints against police during the trail. 89 percent.

There is a cost element, of course, but in the case of the LAPD trial, $1.25 million was secured for trial cameras (which range in cost from $800.00 to $1000.00 each depending on brand, with Taser International best-positioned in this market) privately via donors ranging from Steven Spielberg to media bigwig Casey Wasserman to the Los Angeles Dodgers. Not every community has that kind of money living in it, of course, leaving it up to already-cash-strapped local or state municipalities to either reallocate funds or ask the federal government–also drowning in debt–to lend a hand. To that end, because of all the attention Ferguson has received recently, it has already started deploying 30 cameras (also via private donations) in an effort to renew trust. More will follow.

Given all the ridiculous programs–regardless of party sponsorship–currently receiving millions these days, President Obama and Congress could do themselves a big favor and work together in finding the cash to help pay for a nationwide body camera program. Note: Ferguson has already suffered an estimated $4.0 million in damage, with the businesses shutting down or being boycotted costing at least another $15 million.

That said, cost savings could be worked into the budget equation as well. For example, New York Public Advocate Letitia James told MSNBC that body cameras could greatly reduce the $152 million the city doled out to settle claims of police misconduct in 2013 alone. “More transparency, more accountability,” she said on a recent edition of Ronan Farrow Live. “It actually helps police officers, some of whom (in Los Angeles) were exonerated as a result of cameras.”

To expand on that point, the benefits are win-win: According to the Cambridge study, citizens acted differently–and in most cases, more respectful–to police officers upon knowing they were being recorded. And Jay Stanley, a senior policy analyst at the ACLU, tells Vox, “A lot of departments are finding that for every time they’re used to record an abusive officer, there are other times where they save an officer from a false accusation of abuse or unprofessional behavior.”

More on the benefits from legal analyst Sunny Hostin on CNN: “I’m a huge supporter of police officers wearing body cams. I think it not only protects victims and witnesses, it also protects law enforcement. It protects officers, because it’s not just their version of events. It’s all on video.”

Cyber expert Kurt Knutsson on Fox: “Initially officers are saying, ‘Wait a second, my privacy on the job. You’re looking at me every step of the way…Big Brother is watching’. And then they realize it’s a actually a tool that tells the truth a lot better because it’s their point of view,” adding when asked if this could have made a difference in Ferguson, “This would have allowed police officers to immediately come out and say, ‘All right, we’ve got some data that tells us a different story and we can be firm about that.'”

Not all agree, of course (the lesser-heard counter-argument focuses on police not being able to do their jobs as effectively if constantly being monitored). But strong consensus is almost foreign words these days in the world of cable news. In the case of body cams for police officers, the yes votes appear to heavily outweigh the no votes.

And from what we’ve been seeing the past 16 days since Michael Brown’s death–all the guessing, all the finger-pointing, all the media exploitation–it’s refreshing to see some–in front of and behind the camera–rise above the noise and actually agree on a possible solution to help prevent the bedlam from happening again.