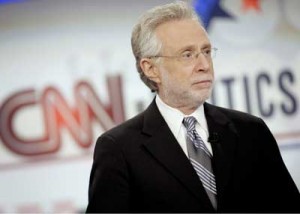 Ah, Wolf Blitzer. The second-place spot hardly knew you. A day after getting his highest ratings at 5 p.m. since October 3, Blitzer stumbled badly, attracting just 85,000 viewers in the 35-54 year-old demo. His numbers were the lowest on CNN’s schedule Tuesday night, and he barely beat HLN’s 5 p.m. special, squeezing out a 7,000 viewer victory in the demo. Things didn’t get much better for CNN in the next hour, either, as John King brought in 96,000 demo viewers, falling far behind Bret Baier and Al Sharpton. The good news for CNN? Anderson Cooper, who got the network their only second-place demo finish of the night, at 8 p.m.

Other numbers of note on Tuesday: