Red Eye Debate Recap: ‘Ron Paul Is Like A Chocolate-Covered Piece Of Fruit’ 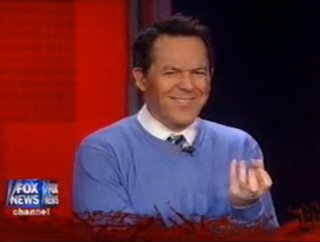 There was something for everyone in Thursday night’s Fox News Republican debate, from Newt Gingrich‘s “history lessons” to Rick Santorum… existing. The Red Eye panel took a swing at recapping the debate last night, and covered all the bases– from the fashion sense of the “pervy dude at the Kiwanis club who corners you and has had too many beers” to the sweets Greg Gutfeld thinks of when he listens to Rep. Ron Paul.

Gutfeld turned to the panel noting that he didn’t believe the debate “moved the needle anywhere,” which panelist Greg Proops agreed with, but only because he didn’t watch the debate. That said, he declared it a “fashion disaster” of a night, with Santorum being the aforementioned “pervy dude at the Kiwanis club,” Rep. Ron Paul looking “like he was selling used cars,” and Rep. Bachmann getting her fair share of jokes, too. Ultimately, Proops concluded, “I don’t think anybody made points last night,” but Mitt Romney would be a good “daytime game show host.”

The conversation then turned to the most memorable exchange of the night, in which Rep. Bachmann chastised Gingrich for berating her in a disrespectful way, a response panelist Anna Gilligan approved of, noting that “Newt was being very condescending and dismissive of her.” Gutfeld agreed, feeling uncomfortable about saying it, but “I think it was a woman thing.” Panelist Kevin Williamson disagreed: “I thought it was more of a tin-foil-hat, Gardasil vaccine thing.”

Switching from the Gingrich conversation, the panel turned to Rep. Paul, and Gutfeld declared he was “like a chocolate covered piece of fruit: I like chocolate, but I hate fruit.” It wasn’t until the Halftime Report with Andy Levy that he fleshed that out more, making the metaphor somewhat more concrete: “when he talks about bloated government, that’s the chocolate; when he talks about foreign policy, that’s the fruit.”

Levy also weighed in on some of the other absurdity going on in this clip: chiding Proops for not having watched the debate at all and weighing in on the Gingrich sexism debate, arguing that Gingrich was an “equal opportunity condescender.”