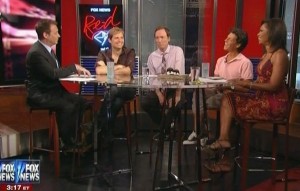 And as for the CBS reporter who just happened to be at a gentlemen’s club celebrating its “anniversary,” Levy found it odd, but Black saw it as a great way of promoting small businesses.