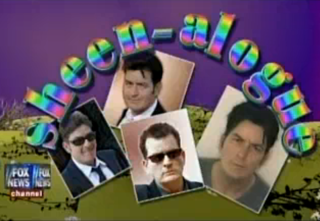 Greg Gutfeld gave his eponymous “Greg-alogue” a rest this week to make room for this week’s biggest #winner: Charlie Sheen, his trials and tribulations, his victories and catchphrases. Tired of hearing contrived concern for Sheen in a media that’s enjoying the ride as much as he is, Gutfeld takes a stand for Sheen, while the panel try to balance Sheen’s personal freedoms with the damage he has allegedly done to family and friends alike.

The concern for Sheen, Gutfeld argues, “are as tired as his cliched Hollywood behaviors,” with the only novel part of this story being how Sheen is defending himself. On one hand, the chorus of concern from the media is quite loud, but Gutfeld argues that through that one can see that, if Charlie Sheen really is a drug, “everyone seems to be taking Sheen and enjoying the experience.” Furthermore, had the creators of Two and a Half Men been concerned with this sort of character, he argues, perhaps they should not have made the protagonist of their show an incorrigible party boy named Charlie– a point Andy Levy contested during the Halftime Report. If actors are permitted to act like their characters in real life, what sort of license would that give people who play serial killers, Andy argued. To this Gutfeld countered that Sheen appears to have been hired for the role specifically because of his lifestyle, such that it was not a surprise to anyone when he behaved the way he had been behaving for the better part of a decade.

The panel found themselves particularly torn on this issue, moreso than many Greg-alogues Sheen-alogues past. While Gutfeld’s point about fake concern was taken, panelist Jedediah Bila noted that she couldn’t even follow Sheen on Twitter because it was “disturbing,” and that she suspected some of Sheen’s behavior was an act for attention and profit. “If he realizes he can make more money, the line between what’s really going on and what is acting is fine,” she explained, too fine for her tastes.

With profit in mind, Bill Schulz jumped in to promote his special line of “Team Sheen” t-shirts by noting that the allegations of abuse were still mere allegations “by various women of ill-repute.” Sadly this business is likely not as profitable as Schulz joked it could be.

The Sheen-alogue and Halftime Report via Fox News below: