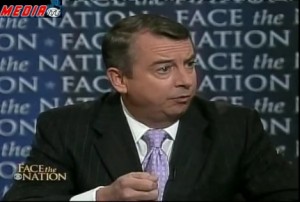 Love her or hate her, Sarah Palin has influence. If you doubt this, look no further than former Bush adviser Ed Gillespie‘s appearance on CBS News’ Face the Nation today. In responding to charges that he’s helping to “steal our democracy,” Gillespie resurrected the former Alaska governor’s most infamous malapropism, stating that several newspapers had “refudiated” the claim. Was it a mistake, or the start of a campaign to vindicate Palin by rewriting linguistic history? You be the judge. (h/t Think Progress)


Think Progress, the website that first put the US Chamber of Commerce in the spotlight, points out that the absence of disclosure rules is the real problem:

In fact, neither the Post nor the Times “refudiated” the ThinkProgress report. Both merely quoted Chamber of Commerce officials who only discussed the limited “AmCham” funds, only one of several avenues for foreign funding of the Chamber. Both articles recognized that there is no outside oversight of the Chamber’s money flow. “Money, however, is fungible,” the New York Times editorial board explained, “and it is impossible for an outsider to know whether the group is following its rules.” As the Washington Post’s Greg Sargent writes, “The Chamber still hasn’t addressed in any detail the core allegation against it.”

Only Gillespie has made the “charge of illegal criminal activity.” Although it is illegal to solicit foreign funds for electioneering, the essential fact is that there are no disclosure requirements that provide oversight to know whether or not the U.S. Chamber of Commerce is obeying the law. The Chamber successfully lobbied to kill the DISCLOSE Act, which would have closed the loopholes opened by the U.S. Supreme Court’s Citizens United decision.

Regarding the Center for American Progress, which Gillespie invokes, Think Progress notes:

Unlike the Chamber, the Koch brothers, and Ed Gillespie, the Center for American Progress strongly supports the DISCLOSE Act and broad campaign finance reform.

In fairness to Gillespie, the NY Times article takes a skeptical view of Think Progress’ charge, at least as recounted by President Obama:

“Just this week, we learned that one of the largest groups paying for these ads regularly takes in money from foreign corporations,” Mr. Obama said. “So groups that receive foreign money are spending huge sums to influence American elections.”

But a closer examination shows that there is little evidence that what the chamber does in collecting overseas dues is improper or even unusual, according to both liberal and conservative election-law lawyers and campaign finance documents.

In fact, the controversy over the Chamber of Commerce financing may say more about the Washington spin cycle — where an Internet blog posting can be quickly picked up by like-minded groups and become political fodder for the president himself — than it does about the vagaries of campaign finance.

This conclusion completely misses the point, however. The problem isn’t the US Chamber of Commerce, but rather, the flaw in campaign finance rules that it reveals.

Hopefully, though, we can all agree on one thing here: “refudiate” still isn’t a word.