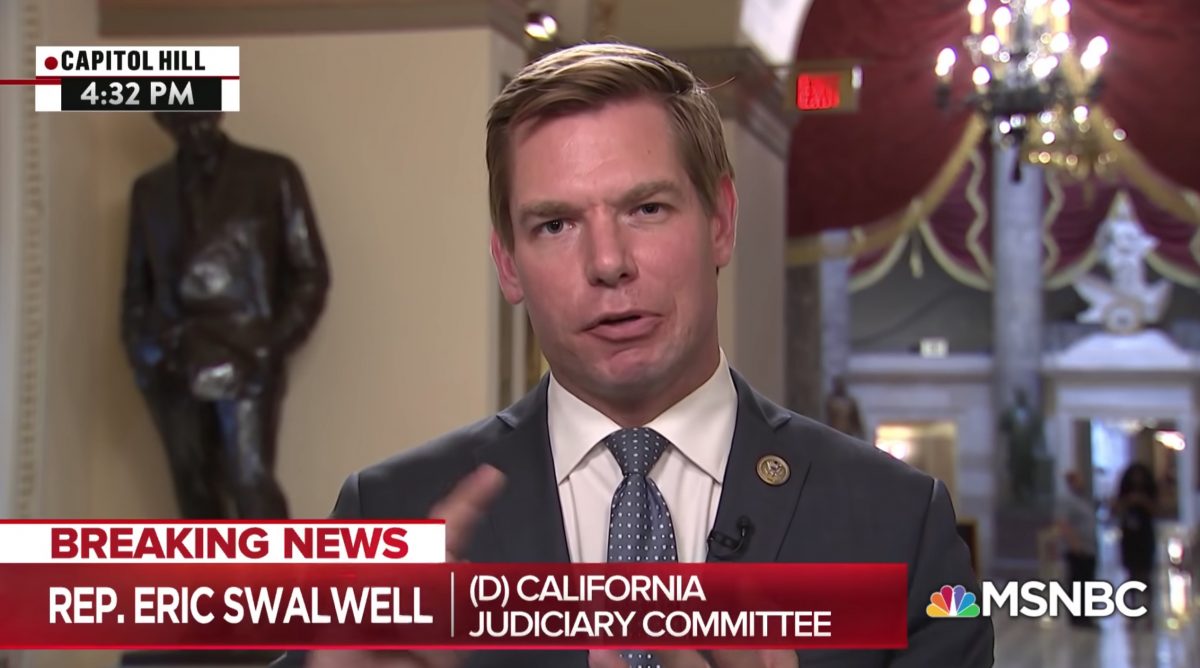 Rep. Eric Swalwell decried “misinformation” from Fox News on Saturday, claiming a constituent, inspired by the network, confronted him about his support for “open borders.”

“A constituent just confronted me and told me I support open borders,” the California Democrat wrote in a tweet on Saturday. “I told her that’s not true and I’ve never said that.”

The constituent allegedly told Swalwell that Fox News said he supported “open borders,” a policy that would eliminate the restriction of movement between the U.S. and the countries on its border.

“Guys, this is what we are up against,” Swalwell wrote. “We aren’t battling ideology. We’re battling misinformation.”

Scary. A constituent just confronted me and told me I support open borders. I told her that’s not true and I’ve never said that. She said “@FoxNews said you do.” Guys, this is what we are up against. We aren’t battling ideology. We’re battling misinformation.

President Donald Trump has repeatedly pushed the lie that Democrats are in favor of open borders.

“Dems want Open Borders and are weak on Crime!” Trump tweeted on Saturday.

When people come into our Country illegally, we must IMMEDIATELY escort them back out without going through years of legal maneuvering. Our laws are the dumbest anywhere in the world. Republicans want Strong Borders and no Crime. Dems want Open Borders and are weak on Crime!

Leaders in the Democratic Party have rebuked Trump’s claims on numerous occasions. Sen. Chuck Schumer pointed out earlier this month that his own immigration bill allocated $40 million for border security:

Open borders, @realDonaldTrump? The bipartisan immigration bill I authored had $40 billion for border security and would have been far more effective than the wall.