Reporter Asks Earnest: If Alan Gross Was at SOTU, Why Wasn’t Bergdahl? 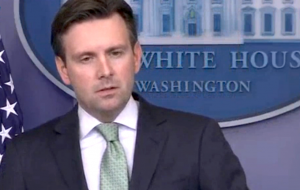 Amid the conflicting information, Chambers sought to figure out why Gross, who was recently brought back to the U.S. after spending five years in a Cuban prison, was invited to the State of the Union, but Bergdahl was not.

Earnest took issue with how the question was asked, clarifying that Pentagon Press Secretary John Kirby said it was not “patently false” that he was a charged, but rather “patently false” that a decision had been made as to whether charges will be brought. And that decision, Earnest said, will come from the Pentagon, not the White House.