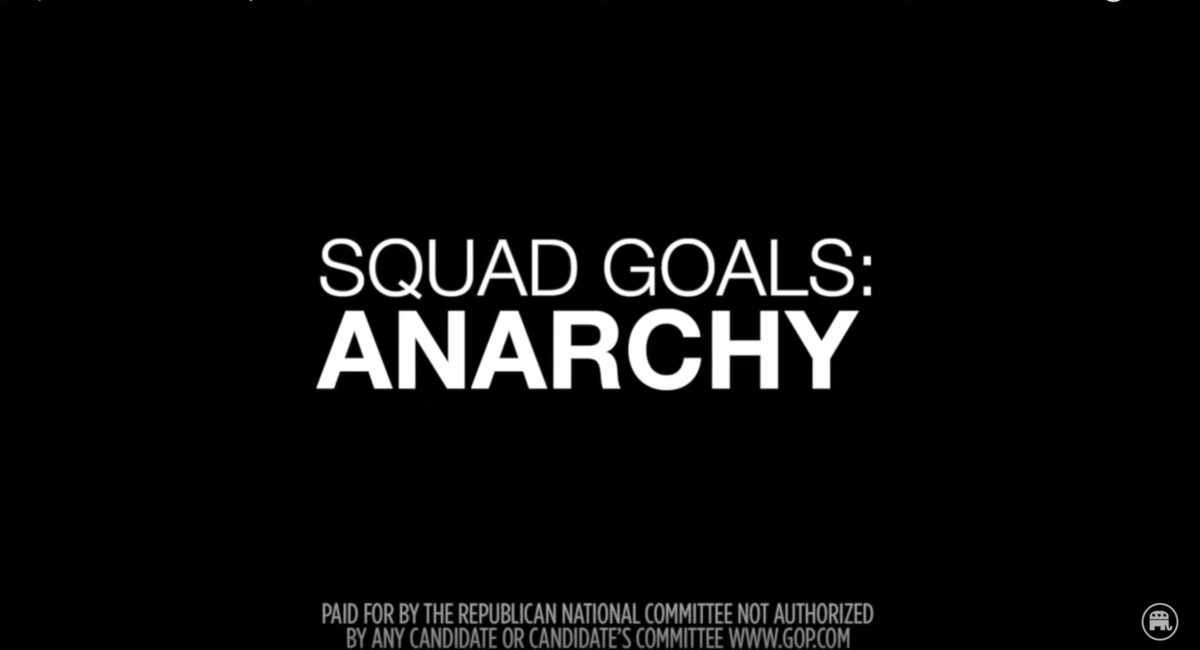 A new ad from the Republican National Committee attempts to tie progressive Democratic congresswomen to an anarchist’s attack on an ICE facility in Washington state.

The advertisement plays clips of Reps. Alexandria Ocasio-Cortez (D-NY), Ayanna Pressley (D-MA) and Rashida Tlaib (D-MI) condemning the treatment of migrants in ICE-operated detention facilities. It then moves to play news clips about an attack on an ICE facility in Tacoma last weekend.

The Seattle Times reported a friend of the attacker described him as an anarchist and anti-fascist and the friend speculated the attack was intended to provoke a fatal conflict.

The ad ends with someone asking Pressley and Ocasio-Cortez to condemn Antifa for the attack, also asking Rep. Ilhan Omar (D-MN) who is not shown earlier in the ad. The ad then concludes with the ominous pronouncement “Squad Goals: ANARCHY”