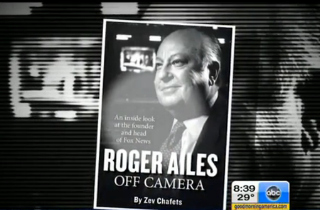 The author of a new Roger Ailes biography sat down this morning with Good Morning America to discuss a few tidbits of what he learned from his interviews with the Fox News chief, praising him as a “winner” in the cable news wars and a “star-maker” for his work in creating various television personalities.

In a pre-taped conversation, Roger Ailes: Off Camera author Zev Chafets dished to GMA correspondent Bianna Golodryga about some of the more controversial aspects of the book: