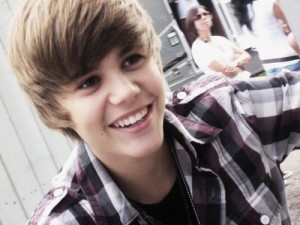 The issue has yet to hit newsstands, but Rolling Stone‘s interview with teen pop star Justin Bieber has already created a sensation – and at least a bit of a confusion – online ever since it was revealed that the magazine asked the sixteen-year-old about his thoughts on abortion. As it turns out, the online version of the interview edited the content of Bieber’s original response, slightly altering the tone of his thoughts.

In the interview published online, the magazine had quoted Bieber as having said the following:

“I really don’t believe in abortion,” Bieber says. “It’s like killing a baby?” How about in cases of rape? “Um. Well, I think that’s really sad, but everything happens for a reason. I guess I haven’t been in that position, so I wouldn’t be able to judge that.”

But his original thoughts weren’t quite as precise or decisive:

“Um. Well, I think that’s really sad, but everything happens for a reason. I don’t know how that would be a reason. I guess I haven’t been in that position, so I wouldn’t be able to judge that.”

The question we have, however, is why the magazine chose to add a question mark after “it’s like killing a baby.” Was Rolling Stone attempting to reflect Bieber’s typically adolescent inflection, or his confusion about the issue? And if the magazine chose to edit that sentence in such a way as to make Bieber seem either 1) young and, presumably, naive or 2) unsure about answering such a heavy question on politics and morality, then… why ask the kid about abortion in the first place? We’re fairly certain the issue would have flown off shelves without resorting to asking him questions that are sensational and arguably irrelevant to his role and his job.