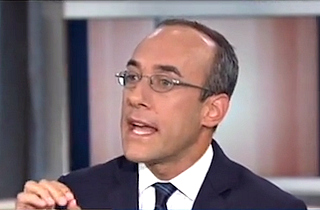 Mitt Romney’s senior foreign policy advisor Dan Senor spoke on Morning Joe Wednesday morning and said conservatives who had previously pilloried President Barack Obama for doing too little on Syria were now opposing him out of frustration, not an objection to policy.

“Tell the conservative member of Congress why they should support this,” host Joe Scarborough said of Obama’s proposed military intervention.

“I am as frustrated as any typical House Congressional Republican about how the president has handled this situation,” Senor said. “But guess what? At the end of the day, right now, you are expressing a frustrated sentiment. A sentiment is not a policy. We have a policy debate right now about what to do about a rogue nation, that is bogged down in a civil war, that is experimenting with chemical weapons. Has the United States of America—forget about the president drew the red line or not. Imagine the president didn’t draw the red line—”

“Yeah, the red line has been there for quite some time,” Scarborough said. “President Obama wasn’t the first to draw it.”

“Here’s the threshold question that congressional Republicans should ask: do they believe the military operation the president is going to take will have the effect of degrading Bashar al-Assad’s military in some way?” Senor posed. “I believe: yes.”