Romney To Fox: ‘It Kills Me’ To Not Be President; Obama Is Still ‘Campaigning’
video

Romney To Fox: ‘It Kills Me’ To Not Be President; Obama Is Still ‘Campaigning’ 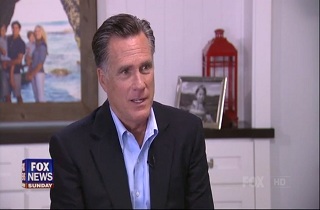 Former Republican presidential nominee Mitt Romney opened up to Fox News Sunday‘s Chris Wallace about his presidential campaign, what it’s like to lose, where he he sees himself in the GOP and just how badly he still wants to be president. Romney told Wallace that “it kills” to not be in the White House and managing the country.

Wallace asked Romney about where he sees himself in national politics and the Republican Party prompting Romney to admit that he is no longer its leader but that he will still seek to influence the dialogue.

“I want to have influence on getting our party to a position where we can be successful in solving the problems the country has,” Romney said.

Romney said that he understands that as the guy that lost the election he can no longer boss people around because he no longer has that mantle but he still cares deeply about America, sounding very much like a presidential candidate on the stump and is slated to speak at the largest annual gathering of conservatives.

“I still care and I still believe there are principles that we need to stand for. I look at what is happening right now. I wish I were there. It kills me not to be there. Not to be in the White House, doing what needs to be done. The president is the leader of the nation, he brings people together and does the deals, does the trades, knocks the heads together and the president leads and, I don’t see that kind of leadership happening right now,” he said.

Romney proceeded to sound like a presidential candidate knocking President Obama for his handling of the sequester crisis and “campaigning.”

“He’s campaigning, he’s the only one that can say to his own party, ‘Look, you guys, I need you on this’ and get some Republicans aside and say, pull them off one by one. We don’t have to have these gridlocks one after the other on issue after issue and it will take real leadership and people in both parties, will need to put aside political victories and start fighting for national victories,” said Romney.