Ron Paul: ‘I Think It’s A Losing Position’ For Republicans To Focus On Social Issues
video

Ron Paul: ‘I Think It’s A Losing Position’ For Republicans To Focus On Social Issues 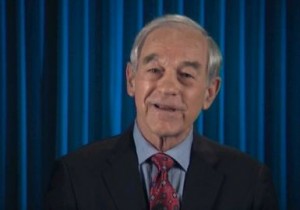 Ron Paul appeared on CNN’s State of the Union today, and in addition to boosting his own candidacy, Candy Crowley asked him about latest frontrunner Rick Santorum and whether or not a candidate like him, so focused on social issues, can successfully run against President Obama. Paul honestly answered, “I don’t see how that’s possible,” before explaining why making social issues the focus of a presidential campaign is probably not a good idea for Republicans.

RELATED: Rachel Maddow: “You Have To Wish Ron Paul Away’ To See A Rick Santorum Consensus

Paul seemed almost baffled that everyone has been talking about social issues at a time when he and others are more concerned with preserving basic civil liberties and the economy. But specifically where Santorum was concerned, Paul argued that he’s been a hypocrite for years now.

“He wants to control people’s social lives. At the same time, he voted for Planned Parenthood. I mean, I don’t see how anybody can get away with that inconsistency pretending he’s a conservative. And his voting record is, I think from my viewpoint, an atrocious voting record, how liberal he’s been and all the things he’s voted for over his many years in the Senate and in the House.”

Crowley noted it’s not just been Santorum who has been talking about social issues on the campaign trail, and she asked Paul if he thinks Republicans bringing these things up is a winning position or not. He said that he doesn’t believe it is, though of course he’s talked about issues like abortion from time to time. And Paul ended up going on a tangent for states’ rights and speaking out against any kind of national insurance mandate.