Ron Paul To Fox News: I’m Not Looking For Power, I Want To Have Influence On The Future Of The Country
VIDEO

Ron Paul To Fox News: I’m Not Looking For Power, I Want To Have Influence On The Future Of The Country 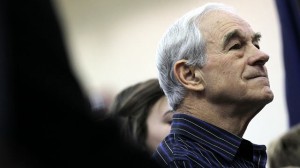 “You said you believe that was the problem with the other candidates and with so many in Washington — that they weren’t driven by a mission as you so clearly are. That everybody else is just in it for power. Is that what you believe?”

“I really do,” Paul replied, “because policies don’t change, if conservatives are honest, they will realize that even when we have the conservatives in control in Washington, the spending continues. Foreign policy never changes. We don’t have a more sensible foreign policy. On civil liberties, does one party protect our privacy more than others? (…) Both parties keep spending money. So what are they arguing about? It’s how to divvy up the largess. Who are their best friends? Are you going to bail out Lehmans or Goldman Sachs. I see it as a power struggle much more than a philosophical struggle.”

RELATED: Ron Paul: I Would Consider Judge Napolitano As My Vice President

MacCallum asked Paul if he didn’t win, was there was a candidate he could support? He passed, saying that the three other candidates were essentially the same person with the same policies. She followed up by asking how he would continue this movement that has built momentum.

“It’s not strictly about me because I’m not looking for any power at all,” Paul acknowledged. “But I do want to have influence on the future of the country.”

She finished the interview by questioning whether he’d consider an Independent bid for the presidency.

Watch the interview below via Fox News: