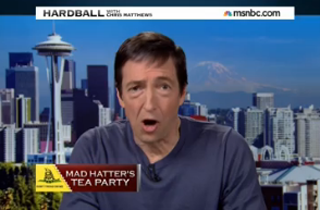 In a segment on last night’s Hardball with Chris Matthews, political commentator and prodigal GOP son Ron Reagan called out Sen. Ted Cruz’s latest filibustering of a Senate bill to increase the debt ceiling as self-destructive maneuver that achieved nothing — except, perhaps, hastened the destruction of the GOP.

“What exactly was on Ted Cruz’s mind?” a boggled Reagan asked. “What was he thinking of in terms of his Senate colleagues? They could have all voted against the debt limit increase, they could have all gone home to their constituents in Tennessee or Kentucky or wherever, and they could have said, ‘We didn’t vote for this thing!’ But no. Ted Cruz put his people in this impossible, untenable situation.”

Pointing out that a majority of his fellow Senators faced reelection, Reagan wondered what Cruz’s end game was. “He seems to want to run for President, but has it occurred to him that he might enjoy the help of his Senate colleagues?”

In response to a fellow panelist’s assertion that the GOP was headed towards a civil war, Reagan agreed that “Ted Cruz apparently thinks that somebody has got to rise out of the smoking ruins that is the Republican Party,” he added later, “and apparently he feels that somebody can be him. He first has to create the smoking ruins, of course, and he’s doing a pretty good job of that.”