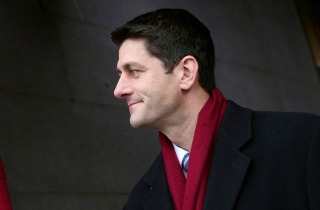 In the wake of the Romney/Ryan ticket’s defeat in 2012, progressive pundits engaged in a round of self-congratulation, spending considerable hours pontificating on the systemic and intractable defects plaguing the GOP. Some on the left observed that the Republican Party fails to appeal to young and minority voters because they are viewed as a party focused entirely on preserving the gains made by those who are already successful. They advised the GOP to devote their attention to the problems faced by everyday Americans, specifically those of the less fortunate. It may surprise you to know that partisan Democrats do not actually want to see the Republican Party succeed at this recalibration.

Rep. Paul Ryan (R-WI), in particular, has used his elevated status within his party to talk about poverty issues from a conservative perspective; that is, a perspective which fundamentally believes that ballooning safety net programs yield diminishing returns for benefit recipients and often foster a sense of dependency and hopelessness among long-term beneficiaries. But, in this mission, Ryan stepped on one of the many liberal landmines peppering the political landscape last week when he told a conservative radio host that persistent, transgenerational poverty in America’s “inner cities” should be a focus of policy makers.

“We have got this tailspin of culture, in our inner cities in particular, of men not working and just generations of men not even thinking about working or learning the value and the culture of work, and so there is a real culture problem here that has to be dealt with,” Ryan said.

The progressive blogosphere, having keenly refined their senses to identify and decode racial “dog whistles” otherwise undetectable by the public at large, sprang into action. Think Progress’ Igor Volsky accused Ryan of invoking the virulent stereotyping of minorities as “lazy.” He added that, by citing the work of controversial author and libertarian political scientist Charles Murray, Ryan had revealed that he, too, shares Murray’s view that “African-Americans are, as a population, less intelligent than whites due to genetic differences.”

“[T]he problems plaguing the inner city aren’t created by culture. They are the indirect result of government policies,” Capehart wrote. “And it’s going to take progressive government policies to solve them.” Indeed; it’s about time urban voters shed their blind allegiance to the Republican Party.

Even Ryan’s congressional colleagues did their best to make Ryan, and the conceptual framework he elucidated, toxic. “Let’s be clear, when Mr. Ryan says ‘inner city,’ when he says ‘culture,’ these are simply code words for what he really means: ‘black,’” read a statement from Rep. Barbara Lee (D-CA). “As someone who sits on the Budget Committee with Mr. Ryan, I know that his assertions about the racial dynamics of poverty are not only statistically inaccurate, but deeply offensive.”

The coordinated campaign to label Ryan racially insensitive hit its mark. Ryan essentially apologized the next day, saying that his statement was inarticulate. Appearing at a town hall in Wisconsin this week, Ryan was confronted by an African-American constituent who said that he did not believe Ryan’s clarification was sincere. “You said what you meant,” the constituent said, asserting that Ryan had intentionally used “code word for black.”

The effort by partisan Democrats to label Ryan’s perfectly legitimate comments racist is, in part, a Pavlovian response lingering from a deeply divisive 2012 reelection campaign. That inauspicious period featured no shortage of liberals accusing Republicans of racism for offenses ranging from having a Republican National Convention in August, during hurricane season, to even challenging President Barack Obama for the presidency.

But as ludicrous as those examples are, the attacks on Paul Ryan are equally baseless. As columnists have noted in recent days, the problem of persistent poverty in America’s urban environments, and the opportunity deficit many young minorities struggle to overcome, is an issue the president addressed just last month to bipartisan acclaim.

“We know young black men are twice as likely as young white men to be ‘disconnected’—not in school, not working. We’ve got to reconnect them,” Obama said in February announcing the My Brother’s Keeper program. “We’ve got to give more of these young men access to mentors. We’ve got to continue to encourage responsible fatherhood. We’ve got to provide more pathways to apply to college or find a job. We can keep them from falling through the cracks.”

Even The Daily Beast’s Jamelle Bouie, one of the many columnists who insisted that Republicans carry historical “baggage” which impedes their ability to talk about poverty issues, acknowledged that Obama’s was “the latest in a line of programs that are aimed at impoverished, urban areas.

This is not the first time Obama has addressed chronic poverty in America’s inner cities. Writing in POLITICO Magazine this week, National Review editor Rich Lowry compiled a series of quotes showing how often the president has addressed the issues of poverty and opportunity in “troubled neighborhoods.”

“When Barack Obama says such things, which are undeniably correct, he is a brave truth-teller; when Paul Ryan says them, he is making an odious play for racist votes,” Lowry observed.

But the campaign against Ryan, the Wall Street Journal editorial board suggests, is more far-reaching than just an effort to tar one man.

“The attacks on Mr. Ryan are one more example of the politics of personal vilification that typifies the left these days. Its policies were supposed to reduce inequality, but instead the income gap is widening,” an editorial in the Journal on Friday read. “Liberals have to smear conservatives personally because they know they’re losing on the merits.”

The Democratic pitch to impoverished voters, and increasingly to minority voters, is almost entirely absent substance. As this episode has shown, the last arrows in the progressive quiver are aimed at shutting Republicans up when they talk about poverty and convincing Democratic constituencies that they are secretly loathed by the other side.

Perhaps Paul Ryan was “inarticulate,” but he wasn’t wrong. The high decibel outrage from the left over this incident is an indication of where progressives are the most vulnerable.