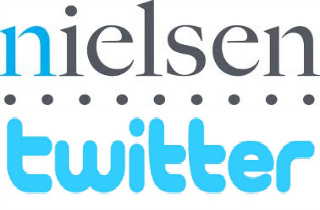 OK, which series do you think had more viewers last week?

Or Castle on ABC?

Surprisingly to those who don’t follow this stuff, Castle bested the series finale of Breaking Bad 11.8 million to 10.3 million on the Nielsen ratings front. It’s surprising because no one at my local water cooler, dog park, happy hour and most of all, on Twitter, was talking about Castle (Nielsen’s 18th-highest-rated show). But the entire world couldn’t stop analyzing the benefits of making and distributing crystal meth, or how Bryan Cranston got screwed out of winning Best Actor, or how the show was the exact opposite of Dexter in terms of the proper, perfect way to end a series.

Castle, of course, has the built-in advantage of being on so-called “free TV” and on a network like ABC, while AMC—despite producing shows critical megahits like Mad Men and The Walking Dead—isn’t as generously positioned on the dial, nor is it in as many homes. So if I’m an advertiser, do I run to a show with a smaller audience (from a Nielsen perspective) like Breaking Bad or Castle? An additional 1.5 million viewers are 1.5 million viewers are, after all.

Of course not. And starting last week, Twitter–which exploded during the Breaking Bad finale with a peak of over 22,000 Tweets per minute during the end of the show–has emerged as a certified gauge of success for TV programs. Thanks to a new partnership between Nielsen and Twitter, it’s called Twitter TV Ratings, a tool that tracks TV-connected conversations on the social media juggernaut that now boasts 218 million active users.

Nielsen says Twitter for TV can measure the number of users Tweeting about a show (range) and the audience reading those Tweets (penetration), respectively. The new Twitter Ratings will consider the number of people who read TV-related tweets, not just the number of writers. Results are already in for Week 1, where Scandal won the Twitter Ratings race: Tweets about the show were seen by over 3.6 million different Twitter accounts. The ABC drama was followed by the empire that is Miley Cyrus, where her MTV documentary and Saturday Night Live hosting appearance finished second and third, respectively.

“Until now, only the amount of Tweets and respective Twitter authors has been measurable.” Without a measurement of the audience of people who view those Tweets, TV networks, advertisers and agencies were left wondering about the true reach and influence of TV-related activity on Twitter.”

Another interesting note: Nielsen’s research indicates that a Twitter audience for a program is an estimated 50 times larger than the number of people actually Tweeting about it. For instance, four Tweets (50x) equal 200 viewers—which is a considerable amount of low cost (See: Free) advertising for TV shows. Moving forward, Nielsen and Twitter will compile the numbers and share them with advertisers…where they could use that data to choose which shows to buy 30 or 60 seconds of space on.

From a financial perspective, the timing couldn’t be better for Twitter: In its recent IPO filing, the company highlighted partnerships with conventional media firms like Nielsen as an arena where big money can be made (some analysts have questioned Twitter’s ability to generate revenue).

In the old days of 2012, a show’s success was basically measured by where it landed in the Nielsen rankings. But as advertisers have openly questioned the now-antiquated metrics in a society dominated by social media, the game has changed. Nielsen knows this—and also announced recently it will (beginning in 2014) incorporate viewership on phones and tablets into its standard ratings method.

Advertisers are demanding broader representation of who’s really watching what. And as many born after 1980 will tell you, it ain’t like that Honeymooners scene in Back to the Future anymore (if you recall, Marty McFly is at his “Mom’s” house in 1955, where his grandfather drags a TV in front of the kitchen table so the whole family can watch Jackie Gleason together). Instead, it’s watching your favorite shows binge-style (I’m currently doing so with the perfectly-executed House of Cards) or just simply absorbing live events and programs wherever, whenever.

It’s the reason why the race to be the most nimble and lightweight phone or pad has turned on a dime. Now, phones are actually getting bigger…simply because the calling aspect of a phone is dwarfed on the priority list by, well, watching stuff.

Look around a Starbucks or a bus station the next time you’re there.

If you can see the whites of someone’s eyes, color me impressed.

Because it seems everyone is looking down at a screen…

Immersed in a world that once only existed in a living room.

Nielsen will begin counting these kinds of consumers.

Nielsen will now work with Twitter to gauge buzz.

It’s no longer about who’s watching a show.

But who’s talking about it as well.