S.E. Cupp Savages CPAC For Blocking Gay GOP Groups: ‘We Should Be Lucky To Have These Guys’
video

S.E. Cupp Savages CPAC For Blocking Gay GOP Groups: ‘We Should Be Lucky To Have These Guys’ 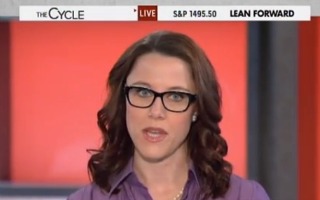 MSNBC host S.E. Cupp tore into the Conservative Political Action Conference on Tuesday for refusing to allow gay conservative groups to co-sponsor the event again. Cupp explained that gay conservatives are arguably the most committed conservatives due to the obstacles they have overcome in order to reconcile their sexuality with their political beliefs. She added that the conservative movement cannot afford to alienate any of its constituencies in the wake of the 2012 election.

RELATED: Glenn Beck And S.E. Cupp Agree That GOP Must Accept Gay Marriage, But How?

“Another major issue Republicans can no longer seem to avoid: marriage equality,” Cupp began. “Make no mistake about it. This is a party divided.”

She outlined the arguments to be made before the Supreme Court in the coming days both in support of and opposed to California’s Proposition 8, which banned same-sex marriage in the state. She added that the debate over gay marriage has added significance for conservatives due to CPAC’s recent decision not to allow GOPround or the Log Cabin Republicans to co-sponsor the event.

“I go to CPAC every year. I love speaking there,” Cupp said, “but this is, I think, a real mistake.”

“These are some of the hardest working conservatives in the business,” Cupp added. “These are people who have struggled to reconcile their private lives with their political lives, and how they make sense of that. They have had to work harder than many of us in the movement to, sort of, come out, represent their conservative ideals — which, for the most part, discuss fiscal policies and fiscal issues – and still stand up and be proud conservatives.”

“And we’re essentially telling them, ‘we’re a little ashamed of you. We’d like you to come, but don’t be too loud about it. Go do this in the back room.’” Cupp said of CPAC’s organizers. “I don’t think that’s right.”

“We should be lucky to have these guys do any work for us, instead of turning them away,” Cupp concluded. “I don’t think we can afford that right now.”