Sack This! An Impossible Task for NFL Refs to Also Serve as Word Police 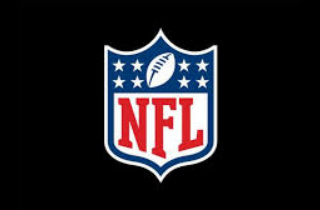 The F-word (not the four-letter version, but the six-letter derogatory gay term).

Two words that have no place in public discourse.

And potentially two words with serious consequences if used during games in the National Football League. As you may have heard, the NFL is considering instituting a rule where players would be penalized 15 yards for uttering the aforementioned words on the field.

It’s noble what the NFL is attempting to do here.

Picture this scenario: It’s a Sunday night game between the 49ers and Seahawks in Seattle. As you may have heard, CenturyLink Field is undoubtedly the loudest stadium in the league (which is impressive considering it is an outdoor stadium). So noisy, so difficult to play in for opponents, they retired #12 in honor of the fans (the 12th man). That said, it’s no coincidence the reigning champs are 15-1 at home over the past two seasons.

So it’s a tie game in the 4th quarter. Defensive Player X from San Francisco is running across the field to attempt to tackle running back Player Y of Seattle. But before he gets there, he is chopped-blocked at the knees by Player Z, a pulling lineman for the Seahawks. San Fran Player X feels the block was a cheap shot with intent to hurt him, and calls him the N-word for attempting to do so.

But this all unfolds away from the ball, and the referees are focused on what’s happening around Player Y, the Seattle RB. A ref thinks he hears someone yell the N-word, but isn’t sure due to a deafening crowd that once reached a decibel level of 136 (148 can make an ear rupture). But with more than a few players miked up for NFL Films and NBC, the official needs to do something or be reprimanded by his bosses for missing something that may be on tape.

So…he throws a flag on Player A from San Francisco and assesses a 15-yard penalty for illegal use of language. One problem: Player A wasn’t even involved (Player Z was the guilty party)…he just happened to be close by at the time. But again, with 22 players moving at once and 72,000 fans louder than a jet plane, enforcement is not remotely close to being an exact science.

Player A—a veteran who has built a good reputation in the league and is respected by his teammates and opponents alike—is all the rage the next morning on ESPN and even cable news. In our race-obsessed media, the questions are as predictable as the Jets offense: Is Player A a racist? Should he be fined or suspended for saying such a thing? According to Al Sharpton, that should absolutely be the case.

“I think it should go further,” the MSNBC host explains in a recent New York Daily News op-ed. “It ought to be immediate termination with the player having the right to all due process. If we don’t take an unequivocal stand on the N-word, what happens when openly gay athletes are mocked with the F-word on the field or players use anti-Semitic or anti-Irish words? We must send a message that all derogatory words are unacceptable and will face maximum penalty.”

The whole due process part of this perspective is particularly interesting…especially since most of these cases would be a he said-he said scenario. There are some microphones on the field, yes, but not on all 22 players. So in the case of innocent Player A, his sparkling reputation will be tarnished. He’ll be shamed by everyone from Mike & Mike in the Morning to Morning Joe. As for Sharpton: this is the same guy who thinks “Black Friday” (the big shopping day after Thanksgiving) is a somehow a racist term, so it would obviously be wise to follow his moral compass.

Other scenarios on the field are just as confusing. Know this: On running plays and fumble recoveries, it’s not uncommon to see piles of humanity around the ball. What is said or not said in those piles would be extremely difficult for any referee to determine, particularly when considering the average age of an NFL official is 51 years old.

Football is a passionate sport. We witnessed that with the Richard Sherman in his post-game interview with Erin Andrews after the NFC Championship Game.

Clay Matthews of the Packers sums the whole PC narrative up perfectly:

“The unique thing about the NFL locker room is that every player can attest to that we don’t see race, religion or sexual orientation. We see simply ‘Can you help us win ball games? Can you help us produce on the football field? And I think that’s what makes it so unique and so much different than PC America. That’s why you can have a multitude of players who are black, white, Polynesian, gay — whatever it may be in this case — and come together and play for a common goal.”

Hurts to say this as a Bears fan but: Bravo, Clay…

If the NFL and the players approve such a rule change, where does it stop? Do we access a five-yard penalty for an Italian slur? Ten yards for anything anti-Semitic? Automatic ejection when combing the N-word and the F-word in the same insult?

They have no place in public discourse.

Nor on a football field.

But unless a penalty system can be precise, in the words of Arizona Governor Jan Brewer when she vetoed the religious freedom bill on Wednesday, this rule “has the potential to create more problems than it purports to solve.”