Who is Sarah Huckabee Sanders

Sarah Huckabee Sanders is Filling in for Sean Spicer Today — But Who is She? 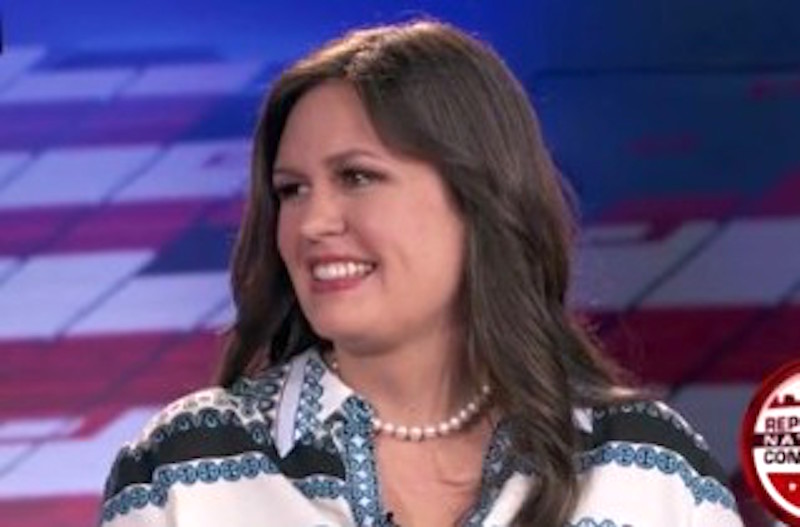 Sanders, the daughter of former Arkansas Governor Mike Huckabee and adviser to President Donald Trump during his election campaign in January, landed a job as principal deputy press secretary for the new administration.

Spicer will spend the day at the Pentagon fulfilling his Navy reservist duty. He joined the reserve in 1999, and is now a commander.

Before joining Trump’s campaign, Sanders worked as a political consultant and staffer for her father’s two presidential bids.

During the 2016 election, Huckabee made a name for herself as a vigorous defender of Trump, using creative justifications for the campaign’s more outlandish claims, which earned her the job as deputy press secretary.

She has continued to make appearances on cable TV since the election, providing remarkably ham-handed defenses of the president.

According to CNN, Sanders told reporters off-camera: “Sean is actually on Navy Reserve duty, so you guys are stuck with me — today and tomorrow…so brace yourselves for a fun 24 hours.”