Sarah Palin To Greta Van Susteren On GOP Primary: ‘We’re So Tired Of The Pettiness’
video

Sarah Palin To Greta Van Susteren On GOP Primary: ‘We’re So Tired Of The Pettiness’ 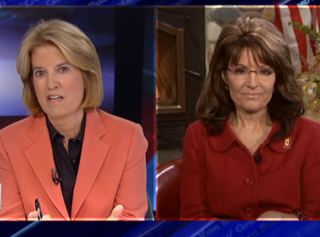 The 2012 election is a first for Sarah Palin, the first in which she is both a nationally recognized and followed figure and also not on the ballot, and with the Alaska primary coming up, Palin visited Greta Van Susteren yesterday to handicap the chances each candidate had in her home state. Seeing the vote as a battle between Mitt Romney and Rep. Ron Paul, she implored the party to keep their eye on the Democrats, noting that voters in her state were “tired of the pettiness within that GOP process.”

Palin told Van Susteren she wasn’t used to seeing candidates visit her state, but “they need to come up here and see what Alaska has to offer,” praising the state’s natural resources and “strategic location, so close to Russia.” While she noted she “wouldn’t be surprised if [Romney] wins again,” she noted Alaska’s “strong libertarian steak” that could tilt some of the vote to Rep. Paul. Ultimately, though, Palin was rooting for “anybody but Obama.”

“We are a very pro-military state up here,” Palin told Van Susteren, which made President Obama the worst choice. “We’re watching Obama with his naive apologies to savages in Afghanistan who turn around and kill our soldiers,” which meant he must go, but Palin warned he would win if “the pettiness within that GOP process” and “obsessive partisanship” continued. Palin’s segment ended with some good words for Alaska purchaser William Seward and one more call for candidates to go and see Alaska.