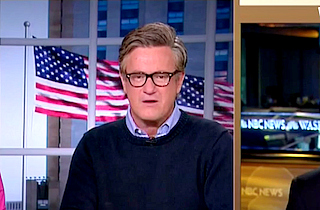 During a discussion on Morning Joe Wednesday morning about President Barack Obama’s announced drawdown of troop levels in Afghanistan, Joe Scarborough decried the “false choice” of either occupying a troubled country with U.S. troops or ignoring it altogether, arguing that U.S. intervention in other regions need not be followed by occupation.

“America doesn’t do occupations,” Scarborough continued. “That’s what we’ve been doing. And it has broken our military. It’s broken the bank, and we need to move past that.”

Meet the Press host David Gregory agreed. “I think one of the doctrines of the Obama years is, ‘We’re only going to do something where we think can make an actual difference. We’re not going to own it because we have to somehow own it.'”