Scarborough: How Can You Argue With People Who Think Chris Christie is Harry Reid?
VIDEO

Scarborough: How Can You Argue With People Who Think Chris Christie is Harry Reid? 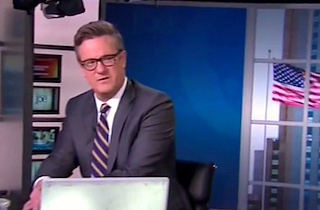 “There is an important warning for what you just said for Chris Christie,” Schmidt said. “You have to show, not tell. You can’t go around the country defining your conservatism by what you did in the past in New Jersey. You have to lay out a vision for the future of the country, how to get this country moving in the right direction again. Ronald Reagan never went around the country saying, ‘I’m a conservative, I’m a conservative.’ When you talk about conservatism through the prism of the definition you end up like Mitt Romney, using terms like, ‘I’m a severely conservative governor,’ and everybody knows you’re not.”