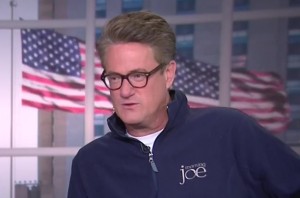 But Scarborough pointed out that criticism went both ways. “It is fair to say also that most of the people in that audience could not play on the golf courses and go to the clubs and live in the neighborhoods where Barack Obama golfs, where’s he lived in the past and where he’ll live in the future,” he said.

“Oh, I’m sorry, did I offend you and your sensibilities, Mika?” Scarborough chuckled. “Because your hero may have been just a wee bit hypocritical there… You can’t mock and ridicule Donald Trump for playing on golf courses where other people in the audience won’t be able to play when that’s what Barack Obama does regularly and will for the rest of his life.”