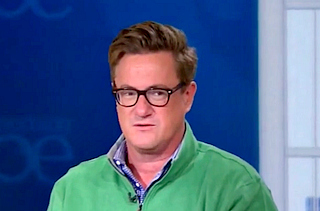 According to Morning Joe host Joe Scarborough and Bloomberg Politics editor John Heilemann, neither side of the political spectrum is comfortable admitting how similar President Barack Obama’s foreign policy and national security decisions have been to those of his predecessor.

“This continuation largely of Bush policies — whether it’s been on drone strikes, dealing with the war on terror, broadly defined — has been a through line of the Obama administration,” Heilemann said. “The left doesn’t want to admit that he’s more Bush-like than he is and the right doesn’t want to admit he’s more Bush-like than he is. The right wants to call him a hippy pacifist and the left wants to call him the Nobel Peace Prize winner’s who’s all for holding hands and singing ‘Kumbaya.’ Neither side sees the guy for what he really is.”

“They’re both wrong and it’s absolutely insane for the left to attack George W. Bush for his policies and not look at Barack Obama’s,” Scarborough said. “For right wingers to say, oh, this guy is weak and he’s a this and he’s a that. You look at the drone strikes — he’s made some tough decisions, some decisions where I think he’s gone too far.”