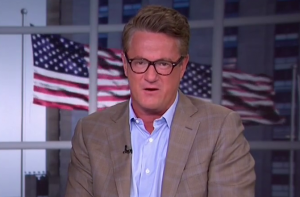 “Let’s be really clear about something,” Warren said on the Senate floor. “The Republican scheme to defund Planned Parenthood is not some sort of surprised response to a highly edited video. Nope, it’s just one more piece of a deliberate, methodical, orchestrated right wing attack on women’s rights.”

“Nice try Elizabeth Warren, nice try,” Scarborough said. “It’s only going to get worse for Planned Parenthood. I agree with Hillary Clinton, there are troubling things on those tapes. And everybody needs to open their eyes and see that, instead of reflexively talking about right wing attacks on a woman’s right to choose.”