Joe Scarborough Goes After Obama for ‘Partisan’ Speech During Shooting 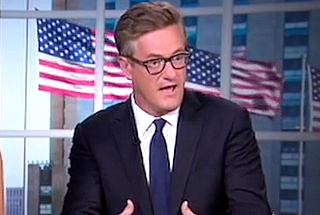 Joe Scarborough and much of the Morning Joe panel took President Barack Obama to task for what they called a “partisan” speech that Obama gave on Monday, while the situation following the shooting at the nearby Navy Yard was still unfolding. The panel took issue both with the fact that the speech wasn’t postponed, and with the veracity of White House Press Secretary Jay Carney’s statement that the idea of postponing it was never considered.

“I’m not sure I would really believe Jay Carney about that,” John Heilemann said. “To say that it had been under consideration would simply open the door. My guess is that that may not have been not entirely true.”

“I think he was put in a horrible position,” Brzezinski said.