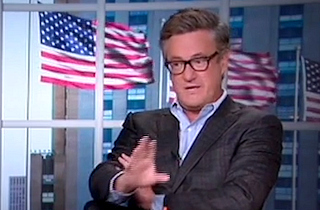 On Morning Joe Thursday morning, host Joe Scarborough argued that the toll of twelve years of war would prevent the United States from acting against Iran, allowing them to develop nuclear weapons because America did not have the willpower left over to stop them.

“So now I think that perhaps the greatest legacy, the worst legacy, of Iraq may be that when the time came for us to stand up and draw the red line in the sand, we were too exhausted to do it. History may show it’s why Iran, the most unstable, the greatest terror state over the past thirty years—it may be how they get their nuclear weapon.”