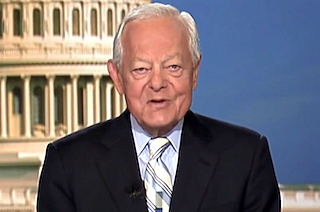 Face the Nation host Bob Schieffer harshly criticized “the linguistic hoops that the government jumps through to make the news seem better than it is” on his Commentary segment Sunday morning, naming government public relations officials as a good place to start with budget cuts.

Schieffer gave as examples: “when our embassy in Yemen was evacuated because of a terror threat, and the State Department referred to it as as a ‘reduction in staff’; when Homeland Security Chief Janet Napolitano referred to terror attacks as ‘man-caused disasters’; the episode at Fort Hood where an army doctor who said he killed thirteen of his comrades in cold blood because he was a proud soldier of Allah is officially listed as ‘workplace violence,’ not an act of terror.”

“This is nothing new,” Schieffer said. “When the news goes bad, governments invent new words and phrases to explain it….It never works because people are not stupid. But government never seems to learn that good public relations never trumps bad policy, and bad PR never defeats good policy. Nixon’s men mounted a massive PR campaign to cover up Watergate. It failed. The good things Nixon did—the opening to China, for one—live on with no PR help.”

“If we want to cut the federal budget, why not start by eliminating the people whose job seems to be inventing these new words and phrases to make the news seem better than it is?” Schieffer concluded. “It’s a waste of their time and our money.”