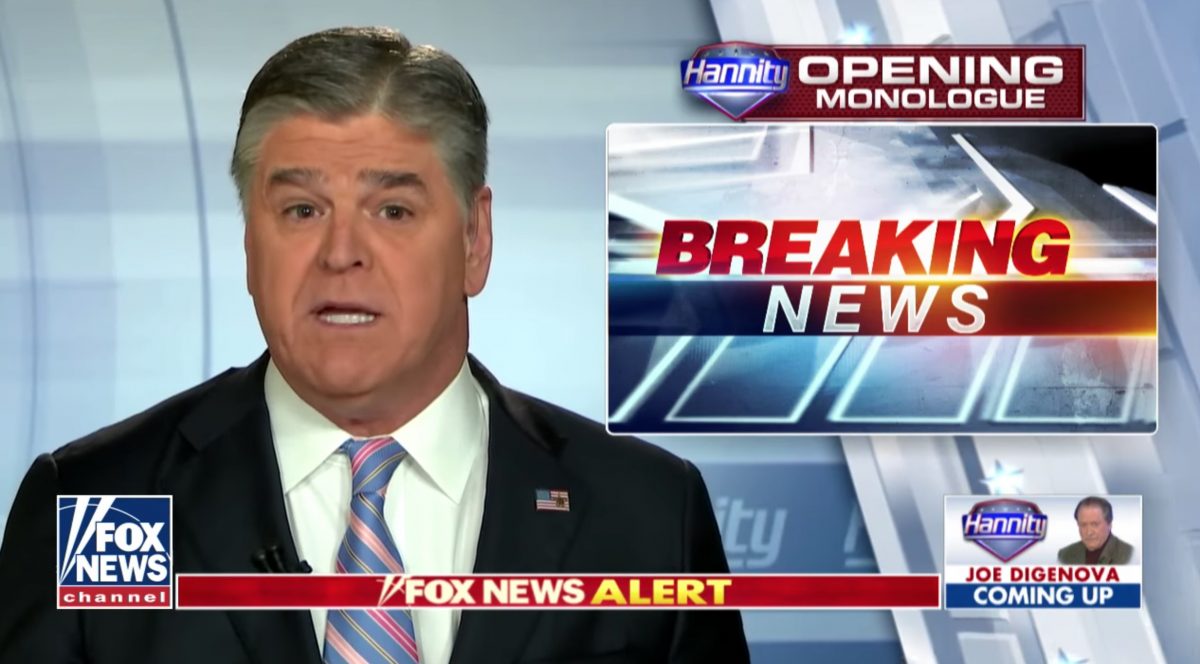 I loathe both of these characters. Avenatti is clearly a fame-whore who has successfully manipulated most of the media, specifically CNN, MSNBC, and 60 Minutes, into providing way more coverage of the Stormy Saga than it has generally warranted as a news story. Hannity is the very worst of the Trump media sycophants, has revealed himself as a blatant hypocrite on almost a daily basis, failed to disclose massive conflicts of interest, and even become an Alex Jones-style conspiracy nut with his absurd crusade against the deceased Seth Rich.

Hannity not agreeing to have Avenatti on his show means very little to me in the micro. I doubt I even would have watched it live if it had actually happened.

Symbolically, however, this development is indeed significant because of what it says about most of cable news television in general, and Hannity in particular. In short, real debate on television is now effectively dead and the medium which pretends to be built on it has become a transparent fraud, with Hannity leading the way.

The old Hannity and Colmes program featured Hannity going up against liberal Alan Colmes on the issues of the day. Though Colmes was often ridiculed for being a weak opponent who was purposely chosen by Fox executives to allow the conservative point of view — much to the delight of their audience — to routinely appear victorious.

But as media fragmentation spread and television audiences were dramatically splintered, network decision makers slowly came to a rather stunning conclusion. They realized that, while many political partisans may claim that they like a robust exchange of diverse ideas, in reality the vast majority of the news junkies who watch them regularly really just want to be made to feel good about whatever it is that they already believed.

Bill O’Reilly was really the first cable star to figure this out, and he became the most watched show in the format by avoiding authentic debate almost entirely. Instead, he created a very safe environment, usually on tape, where nothing was left to chance and where the host always came out looking brilliant. Rachael Maddow uses pretty much the same game plan now on MSNBC.

Fox’s Tucker Carlson has adopted a slightly different philosophy, in which he often pretends to bring on guests with views strongly opposed to his own. They are almost always carefully chosen, however, much like famed boxer Joe Louis’s notorious “Bum of the Month Club,” so that they are unlikely to lay a glove on him (though, sometimes, they still do).

Hannity has now adopted much more of the O’Reilly strategy, which is actually a good move on his part because he is clearly a horrible debater. Avenatti would have been too much for him to handle and there was just too much risk that Hannity would be humiliated in front of his own audience, a crowd which really has no interest in hearing more about Trump’s scandals in the first place.

Now, you would think that there might be some price to pay for Hannity to so obviously chicken out of a golden opportunity to take on, and presumably expose, one of the president’s biggest critics on his home turf. But that is no longer the case. Fragmentation now means that there are so many media outlets and so many prospective guests that the topic of hosts and guests “ducking” interviews is no longer even remotely a thing — though it should be.

Now, just about any silly excuse for dodging an interview you are afraid of is considered acceptable by your cult, or simply unnecessary to begin with. Obviously, Hannity claiming that Stormy Daniels is “old news” when he regularly pretends that an unemployed grandmother is president, is like a middle-aged guy still obsessed with his high school heroics claiming LeBron James hasn’t done much in recent years.

A couple of weeks ago, I had a similar circumstance of interview ducking occur with regard to my podcast. I was scheduled to interview CBS Sports reporter Armen Keteyian about his new book about Tiger Woods (about whom I am a world-class expert). A day before the interview, his publicist emailed me—with astonishing honesty—that Armen was cancelling because I had previously been very critical of his work on the so-called “Penn State Scandal” (about which I will debate anyone, any time, any place, and easily win).

I literally laughed out loud that Keteyian was so afraid of me that he would bail on an unrelated interview to promote his own book. I was also disappointed because I know there were essential questions about that book which will now never get answered because I was the only person who would have asked them.

All of this goes way beyond Avenatti and Hannity. How the heck has James Comey not been invited on every Fox News primetime show nor an individual Fox opinion show? He is a now a big celebrity with a huge best-selling book and is someone the network has spent loads of time trashing. Yet even in that unique situation, neither Comey nor Fox News have enough leverage, at least not without loads of PR effort, to force an interview which at least one party doesn’t really want.

The result is that it is now extremely rare for seriously confrontational interviews between two heavy-hitting entities. This is not only disappointing from the standpoint of lost spectacles (who would not love to see Hannity try to support his lame claims against Comey to his face, or Trump be forced to do a live sit-down interview with Anderson Cooper or Chris Wallace?), but it also means that the truth suffers because significant questions often do not get fully answered, or even asked, and half-baked allegations never get the rebuttal they deserve.

Of course, most people who understand the game already know that the truth is even less relevant to modern cable news television than Hillary Clinton is to our current politics.