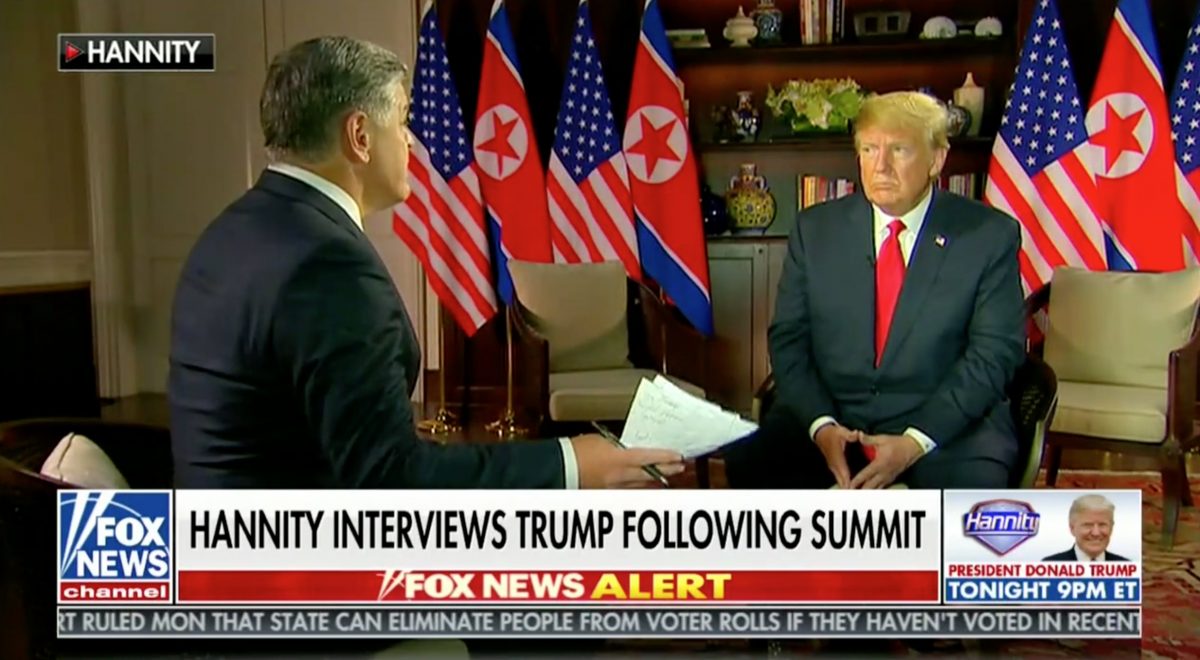 Early Nielsen numbers indicate Hannity scored a total of 4.1 million viewers for his big interview, compared to 2.5 million for Rachel Maddow and 1 million for Chris Cuomo.

Hannity scored one of very few interviews Trump gave after that historic Singapore summit. The President sat down with George Stephanopoulos as well, and his interview with Bret Baier will be airing on Fox News tonight on Special Report.