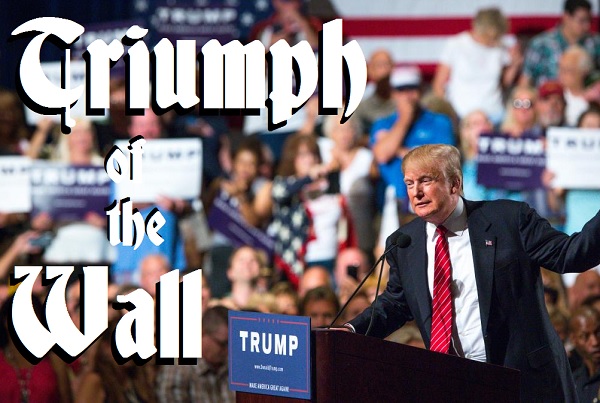 Once known for its forward-leaning and diverse political journalism, MSNBC has increasingly become a network ruled entirely by a desperation to keep what viewers it has from changing the channel. In a perfect intersection of the network’s breakneck sprint away from its non-white audience and willingness to do anything for eyeballs, the network has announced that it will air an “original documentary” on Republican presidential frontrunner and Human White Power Energy Drink Donald Trump (via email):

The 2016 presidential election is shaping up to be one of the most significant events in American history. Will the voters elect the first woman into the Oval Office? Will the GOP withstand the polarizing effects of its current frontrunner?

This election season, Donald Trump has tapped into something that’s grabbed people’s attention. But what has led to this unprecedented moment?

Hosted by Chris Matthews, the documentary takes a look back at Donald Trump’s career and path to politics, chronicling the events that have led to his Presidential run. This is the first in a series of candidate profiles that will air on MSNBC.

Oh, yeah, I can’t wait to see their big documentary on George Pataki.

Make all the excuses you want about Trump being news, this is a transparent and disgusting ratings grab that will no doubt include footage of our possible future president ejaculating champagne all over the Playboy bus:

Yes, that actually happened, and come to think of it, would probably be the most American thing about a Donald Trump presidency.

Aside from the cynicism of exploiting a Racismnado like the Trump campaign for ratings (there will not be a Martin O’Malley doc, or even a Jeb! doc, unless he gets locked up in Folsom Prison one weekend), the thing is being hosted by Chris Matthews, who has shown some, shall we say, odd inclinations toward Trump lately. Yes, he pressed Trump about his birtherism after Tuesday’s debate, but in the same breath, called him a “mixed bag.” A sack of jelly beans and cyanide pills is also technically a “mixed bag,” but you’d never get away with labeling it that way.

But you’d only have to back that interview a minute to see what else you might expect from Matthews’ doc. In what Matthews weirdly described as a “nut-cutter question,” he asked Trump why he doesn’t do a commercial focusing on the “phallic” buildings he develops:

Matthews: It was all very phallic, by the way, all the big buildings you put up. I said why doesn’t this guy run a TV campaign like that in Iowa. Say you, the builder, against this guy, the debater. You want a debater or a builder. You want a 6’3″ builder or a 5’8″ debater? I would play tougher than you. Why don’t you talk about building?

Trump: I happen to be watching. What a great idea. We are going to do it. Why don’t you take, even for a couple of seconds each, I build so much between everything I build.

Matthews; What has Cruz ever built?

At its most basic level, what you have here is a journalist pitching an attack ad to a candidate, something that would cause Brent Bozell to spontaneously combust if Matthews were advising, say, Hillary Clinton. Now, that journalist is about to host a one-hour documentary about a guy whose physique and surrogate peni he can’t seem to get enough of. I know Matthews is famous for his old “thrill up the leg” remark, but let’s not forget how he creamed his pants over George W. Bush‘s “Mission Accomplished” cosplay, even participating in a panel discussion of Dubya’s junk.

If you need any further evidence that Trump is growing on Matthews, look no further thn his critique of President Obama’s end-of-year presser, in which the only positive thing he could say was that the President “used the word pounding a lot,”:

I’m sure Matthews and MSNBC think they can get away with some kind of ostensibly “balanced” portrayal of Trump, but if Matthews blathers on about Trump’s dick for an hour, all they’re going to succeed at is losing their last remaining black viewers, who, at this point, are probably Melissa Harris-Perry and Craig Melvin. The guy is running a stone-cold racist campaign, and there’s no mixing in that bag.