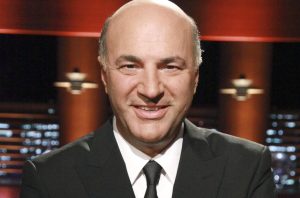 Shark Tank host Kevin O’Leary announced Wednesday that he was making a run for the prime ministership of Canada.

The Canadian businessman and television personality announced his entry to the Conservative party leadership race on Twitter.

It’s official, I’m in. The Conservative Party of Canada needs a candidate who can beat Justin Trudeau and bring back jobs to this country!

An staunch conservative and entertainer, O’Leary’s run is naturally drawing comparisons to the successful presidential campaign of Donald Trump, with some outlets even calling him “Canada’s Donald Trump.” Like Trump, O’Leary is outspoken in his criticism of current Liberal prime minister Justin Trudeau and cites his business experience to argue he can get Canada’s economy back on track.

Watch above, via ABC News.