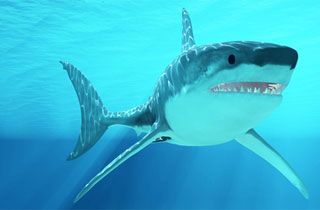 It is Shark Week, the one week of the year when Discovery Channel is allowed to air completely fabricated stories about sharks that don’t exist. But strangely enough, scientist appear in these documentaries, and no one could explain why, until now: According to several scientists featured in Shark Week films, they were straight-up lied to.

For instance, a scientist who appeared in a 2013 documentary about sharks living in Louisiana bayous had no idea that he would appear in a faux-documentary called Voodoo Shark. “I asked a few of the crew members, including the producer, what the show was going to be about,” Jonathan Davis, a scientist who now works for the Texas Parks and Wildlife Department, told io9. “I never got a straight answer and the producer seemed to avoid the question. I was just told it would be combined with some other filming to make one show about Louisiana shark research.” And, he added, he was definitely not told that he would appear in a documentary about a mythical bull shark that haunted Lake Pontchartrain, much less that he believed in a shark called “Rooken.”

And apparently Discovery pulled the same stunt this year on Kristine Stump, a Postdoctoral Research Associate at Shedd Aquarium, who unwittingly appeared on a documentary about a legendary hammerhead shark:

“The basic premise was a camera crew was dropping in on real scientists doing actual hammerhead research,” Stump said. “We’d talk about the research goals and the challenges we face in trying to achieve those goals. Monster Hammerhead does not match the description of what we filmed.”

Also, the hammerhead shark in question isn’t real, so there’s that.

While it’s probably impossible to extract oneself from the lying jaws of Shark Week once you’re caught in them, there’s one lesson to be taken away from this for any scientific expert who wants to appear on a popular, televised medium: ask a lot of questions — and we mean a lot — before agreeing to appear on any program.