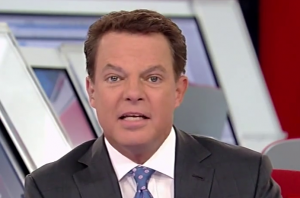 Appearing on The Real Story w/ Gretchen Carlson, Fox News breaking news anchor Shepard Smith savaged a guest for his “irresponsible” and baseless take that the computer malfunctions at United Airlines, Wall Street, and the Wall Street Journal must be connected.

“This has just been a triple threat of attacks today,” said Greg Keeler, of the National Cyber Security Institute. “The stock exchange obviously is the major one, United Airlines again, the Wall Street Journal and others. For the stock exchange to go down like it is today, for the administration to come out so fast and so vehemently and say this has not been an attack, I think it’s a little bit disingenuous.”

“There’s been on Twitter claims that North Korea, that they’re claiming to be behind this attack, and that’s very, very possible, as are other actors,” he said.

But after the interview, Carlson threw to Smith, who tore Keeler a new one. “You know Gretchen, the level of irresponsibility on behalf of the last speaker is really difficult for me to quantify.”

“What we do as journalists is listen to the reporting of the agencies,” he said. “And everyone who knows anything about this has reported to us– in the same way that they always do– that these things are not connected, that there was a glitch on Wall Street, that United had a problem of its own, and that what we have here is a grouping of separate incidents that happened to come on the same day.

Shep also noted that “conspiracy theorists” were tying the outages to subway delays in New York City. “Put them together in a soup, does not a soup make. We cannot say any of these things are related, that some attack is underway because social media says that North Korea is claiming responsibility. That is not a source.”

“And right now what we need to not do is spread panic that is not realistic, that doesn’t have any place in today’s world,” Smith said. “We have a series of things that people can get all weird about on social media if they want to. But unless and until somebody in charge who has looked into things with a grain of sense and a bit of knowledge comes forth and says this is connected. unless and until that happens, we should probably stop it.”

“Because it’s not any good for anybody. It’s just seems crazy, Gretchen,” he said. “Don’t you agree?”

Carlson did in fact agree with Smith, and noted that she pushed back against his claims. “If we to take the jump that they’ve just told us lies about what’s happened today, we can do that,” Smith said. “But we probably ought to wait and find out what really happened.”