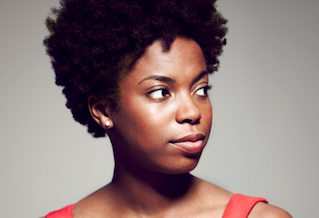 Saturday Night Live has made good on its promises and will add Sasheer Zamata, who just happens to be an African-American woman, to its cast as a featured player when the show returns on January 18th, according to Deadline Hollywood.

Zamata, who trained at the Upright Citizens Brigade theater in New York City, will become the first black female member of the cast since Maya Rudolph left the show in 2007, and only the fourth in the show’s history.

Lorne Michaels began a public search for a black woman performer after controversy arose surrounding the issue last year. Cast member Jay Pharoah spoke out last October, saying the show needed black women in the cast, even offering up some suggestions of specific performers. Later, Kenan Thompson drew fire for saying the black women who had auditioned were never “ready” to join the cast.

Things came to a head in November when Kerry Washington hosted the show and drew self-conscious attention to the issue by playing both Michelle Obama and Oprah Winfrey in the same sketch.

Zamata hosts a weekly variety show called “School Night” at the UCB theater in New York and stars in the web series Pursuit of Sexiness with Nicole Byer.

One thing we do know is that she’s already got a Beyoncé impression in the bank, as seen in her YouTube series “Beyoncé As A Mommy.” Perhaps we’ll see some sort of musical collaboration with host Drake during her debut episode.

Watch one of the Beyoncé videos below, via YouTube:

UPDATE (11:05am ET, 1/7/14): It appears that Zamata has removed her character reel from her YouTube page, but you can still see a preview of her Michelle Obama impression in the video below: