Something Seems to Be Missing from Fox News’ 5 PM Debate: The Audience
video

Something Seems to Be Missing from Fox News’ 5 PM Debate: The Audience

There appears to be something missing from Fox News’ 5 pm pre-debate debate. All the candidates are there, moderators Bill Hemmer and Martha MacCallum showed up, but there was something kind of big missing. 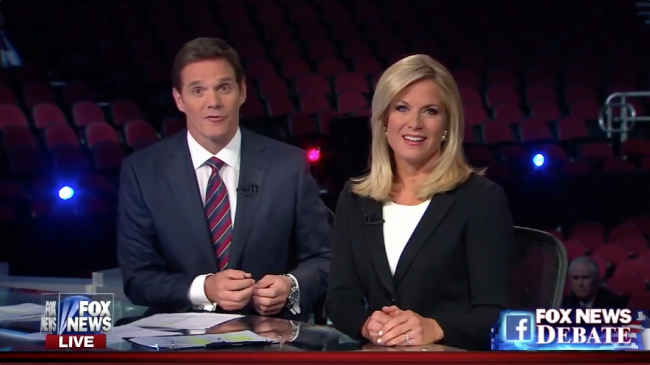 Yep, there were a lot of empty chairs at the “kids table” debate today, and only a few people could be heard clapping for the candidates.

And while it was obviously expected the 5 pm debate wouldn’t garner nearly as much interest, the lack of an actual audience really got noticed on Twitter:

Couldn't fox have round up some homeless people to sit in the audience for the short bus debate? Empty room seems purposefully cruel

Carly Fiorina awkwardly brings up call frm B Clinton to Trump. Might have been an applause line…if there was an AUDIENCE! #KidsTableDebate

From the applause sounds like the audience is only the immediate families of the candidates. #FoxKiddieDebate

It's ridiculous to have a "debate" in a 20K seat arena.

I can't begin to describe what it is to have a "forum" in an EMPTY 20K seat arena.

Were candidates not allowed to bring in people to watch this debate? Empty room is pretty stark. #GOPDebate

Below is video of how the 5 pm debate opened, and just listen for how little applause there is (via Fox):