Sorry if I Offended You: 2014’s Worst Non-Apology Apologies

Sorry if I Offended You: 2014’s Worst Non-Apology Apologies 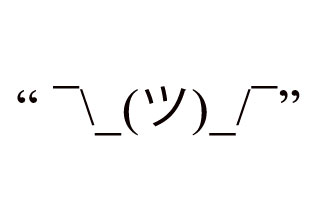 According to Wikipedia, the non-apology apology is “a statement that has the form of an apology but does not express the expected contrition,” and is most often delivered when a person refuses to back down from an offensive statement, instead apologizing for, say, hurting the aggrieved party’s feelings.

For instance, if you were outraged that I took the easy hack route and cited Wikipedia in a professional news website, I would say: Eh, sorry you were offended by it, didn’t mean to hurt your feelings, I apologize to all who feel hurt by my laziness, etc.

And in the media world, admitting you’re wrong is the greatest sin you could commit — which is why the “non-apology apology” flourished in 2014. With that, here are 2014’s best “sorry not sorry”s of the year. Boy, it was an offensive year, and we’re sorry if you’re offended by these acts of kind-of-contrition.

Who can forget the time that Ferguson police chief Tom Jackson sent this videotaped apology to Michael Brown‘s family — about a month or so after Brown’s death, and the bungled PR moves, and the protests, and the excessive use of police force, and the arresting of reporters, and all the other goofy mistakes his police department made to help turn the situation into an actual shitstorm? We sure can’t.

Stephen A. Smith: Just Don’t Provoke Your Man to Beat You

Days after TMZ published a video of Baltimore Ravens running back Ray Rice knocking out his then-fiancée in an elevator, ESPN commentator Stephen A. Smith decided to use it as a learning moment: “We keep talking about the guys,” he said on TV. “We know you have no business putting your hands on a woman…But what I’ve tried to employ the female members of my family…and this what, I’ve done this all my life: ‘Let’s make sure we don’t do anything to provoke wrong actions.’”

It took him two tries to apologize properly, and attempt #1 was a series of tweets exemplifying the non-apology apology: “In no way was I accusing a women of being wrong. I was simply saying what that preventive measures always need to be addressed because there’s only but so much that can be done after the fact….once the damage is already done. Nothing more.”

(He got it right the second time around, though.)

It also took Fox News host Eric Bolling two tries to apologize for likening the UAE’s first female air force pilot to “boobs on the ground.” The first try involved Bolling saying that the wife made him apologize, taking the contrition off himself: “I made a joke and when I got home, I got the look.” What is this, a CBS sitcom?

After an audio recording of his old man racist rants went viral, then-NBA owner Donald Sterling angrily told Anderson Cooper that he wasn’t a racist, and that he was baited into saying things like Magic Johnson is a bad dude. “You’re more of a racist than I am,” Sterling, the man who told his assistant not to associate with black people, told Cooper. (This was way before his wife claimed that poor Donald Sterling had dementia, and that his brain was so addled, and therefore she should own the LA Clippers.) To this day, after receiving billions for his old team, you could believe Sterling’s new personal motto is “Sorry, not sorry.”

So you’re the commissioner of the NFL, you’re caught covering up a few instances of domestic abuse, and everyone’s like, “How dare you place profits over the well-being of women and children, resign immediately or we’ll lose faith in your leadership.” All you have to do is apologize for it and, in the words of Roger Goodell, you can continue running the league, “because I acknowledged my mistake.” Easy peasy, willing-blindness-to-domestic-abuse-is-just-one-of-those-lemons-life-gives-you-squeezy.

How do you apologize after you call President Barack Obama a “sub-human mongrel”? According to Ted Nugent, who only apologized after people from his own party went after him for the low blow, this is how you do it:

“I do apologize–not necessarily to the President–but on behalf of much better men than myself,” he said in an interview with conservative radio host Ben Ferguson, who’s also a CNN political commentator.

[…] Nugent said he apologizes “for using the streetfighter terminology of ‘subhuman mongrel’ instead of just using more understandable language, such as ‘violator of his own — the Constitution.”

In his apology, Nugent appeared to regret more the fact that his language has been tied to Republican politicians from his state, such as Abbott, Gov. Rick Perry, and Sen. Ted Cruz.

“I apologize for using the term,” he said. “I will try to elevate my vernacular to the level of those great men that I’m learning from in the world of politics.”

This here, friends, is the definition of a non-apology apology: Plagiarizing a well-known graphic novel, then plagiarizing in your apologies for plagiarizing, like everyone is dumbs. And then doubling down like this:

Also, does apologizing to the guy he plagiarized via skywriting count as a more sincere apology, or a cry for help?

Don Lemon Doubles Down on DickChompGate

“You know, there are ways not to perform oral sex if you didn’t want to do it,” CNN’s Don Lemon suggested to a woman who claimed Bill Cosby drugged and raped her, and wondered why she didn’t use her teeth to, you know, bite off Cosby’s genitals. While the interviewee wasn’t offended by the question, the sheer audacity of DickChompGate forced Lemon to issue some kind of apology: “If my question struck anyone as insensitive, I’m sorry as that was not my intention.”

You know, there are ways not to apologize if you don’t want to do it, Lemon.

Guy Vidra for Blowing Up TNR

After essentially steering The New Republic into the rocks while hypnotized by the siren song of vertical integration, CEO Guy Vidra, along with billionaire owner Chris Hughes, went on a public tour claiming that no, they didn’t need the two-thirds of the staff that left, along with the magazine’s 100-year-old reputation; they could build their own damn magazine, thank you very much. It would be so very, “very unique,” and also “very unique.” Basically, Vidra’s mentality was: “Oh I didn’t communicate my vision well enough, but my vision is still great.”

CNN anchor Carol Costello came under fire this year for giggling about audio of Bristol Palin following a violent brawl. “This is quite possibly the best minute and a half of audio we’ve ever come across,” the anchor said, prompting outrage — especially considering the fact that she was making light of alleged violence against a conservative woman. Costello apologized in a statement to the press, and it seemed genuine, but the non-apology here? She couldn’t even take the time to deliver that apology via the same medium on which she made the offending remarks.