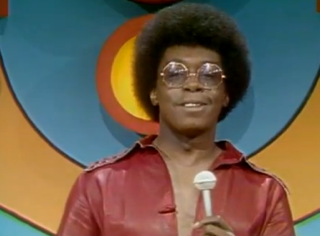 For many of the younger folk who have not experienced television as diverse as it is today or cannot recall what it was like to not have the option to consume any culture at any time via the internet, comprehending the entire concept behind Don Cornelius‘s success may prove difficult. In fact, fully comprehending how a concept like Soul Train— a show devoted to delivering to the mainstream a culture for so long marginalized– could succeed requires the ability to adopt the anachronistic mentality of the time, to see the world as it was and find the niche market that Cornelius saw and made mainstream. With the news of his death today, we can only look at the world as it when he arrived to change it, and compare it to what he leaves behind. With those markers, it is clear that his influence expanded well beyond the worlds of disco and soul music.

Cornelius, 75, was found dead today in his home of a gunshot wound, one that investigators have tentatively labeled as self-inflicted. It has prompted a flood of condolences and odes to the music pioneer, none of which understate Cornelius’s importance to the media world in general as we experience it today.

The NPR obituary notes one exchange Cornelius had on the program with the legendary James Brown, who kept asking Cornelius who was financing this show. Author Dan Charnas puts it best: “That the man who wrote the song ‘Say It Loud — I’m Black and I’m Proud’ and who recorded the soundtrack to the Black Power movement could scarcely comprehend that a black man like Cornelius both owned and helmed this kind of enterprise without white patronage is a testament to the magnitude and the improbability of Cornelius’ achievements.” Everyone always says of the dead that their work in creating enterprises and creating role models was unique; few can actually claim it. But much of the analysis has been limited to the music world. There is another notable bit of that interview mentioned in NPR, however, that speaks to the scope of this enterprise even further– Cornelius explaining how he appreciated Brown’s music for what it expressed about the black community, and how it did so in a way that had not been done before (enjoy also, in this video, a cameo appearance by 70s Al Sharpton):


For those of us in the post-1990s Gangsta Rap world, it is difficult to imagine a time in which the open discussion of violence in inner cities and the disproportionate burden by race was a new topic, one almost taboo in any other venue, more out of apathy than outrage. In 1974, it had been a decade since the Civil Rights Act passed, and while there had been significant improvement in the standing of the communities vis-a-vis white communities, Cornelius had the foresight to look internally, to ask Brown not about the relationship between white people and black people, but intra-black violence that, as Brown so eloquently put it, lay asunder much of the work of the Civil Rights movement. That recognition of issues that did not concern white people, lay bare and intimate in a national audience that spanned all ages, incomes, and colors, was not just new to the musical dance show circuit– there just wasn’t anything on television like it, not even in the news. This was not just an endeavor to promote and celebrate the music of a community, but to promote, celebrate and help improve upon said community’s issues, and to be forthright about them.

Charnas continues in the NPR obituary to note that “Don Cornelius proved a truism about America and race that so few people, even today, understand: Black culture, expressed in undiluted form and unapologetically, will by virtue become accepted by the American mainstream.” He is correct, but his scope is too narrow: it is absolutely true of America that any “alternative” or minority culture, anything outside of the accepted norm “expressed in undiluted form and unapologetically” will be received with open arms. Alexis de Tocqueville writing in the 1830s, worried that American culture was far more difficult to challenge because the enforcement mechanism for what was proper in society fell to “public sentiment” rather than any law– just because Americans won’t arrest you for defying norms, he wrote, doesn’t mean they won’t sentence you to something worse: social isolation. This phenomenon still exists, but has been flipped on its face; the only “undesirables” in American society are those too closed-minded to accept America’s diversity– think the KKK or Westboro Baptist Church. How we got to being intolerant only of intolerance has a lot to do with individuals creating culture like Don Cornelius– from Walt Whitman to Marvin Gaye–proving what Americans were capable of by challenging social boundaries. Time and again, authenticity won out in all its forms– it just took an elite courageous enough to bet on that truth to make it obvious. And thanks to Cornelius, it is a little easier for everyone in any part of American media to take a chance to something new.

But Soul Train was only tangentially political, in the way that any bold cultural statement necessarily is. It was much more about fun than introspection– or, at least, more about introspection through fun than anything overtly serious. It was a display of some of the most beautiful music and impressive dancing America has to offer, and an intensely, uniquely American phenomenon. And to construct a cultural brand as iconic, to create a phenomenon as American as Mark Twain or Truman Capote or the frisbee or apple pie– is a mark few people leave behind.