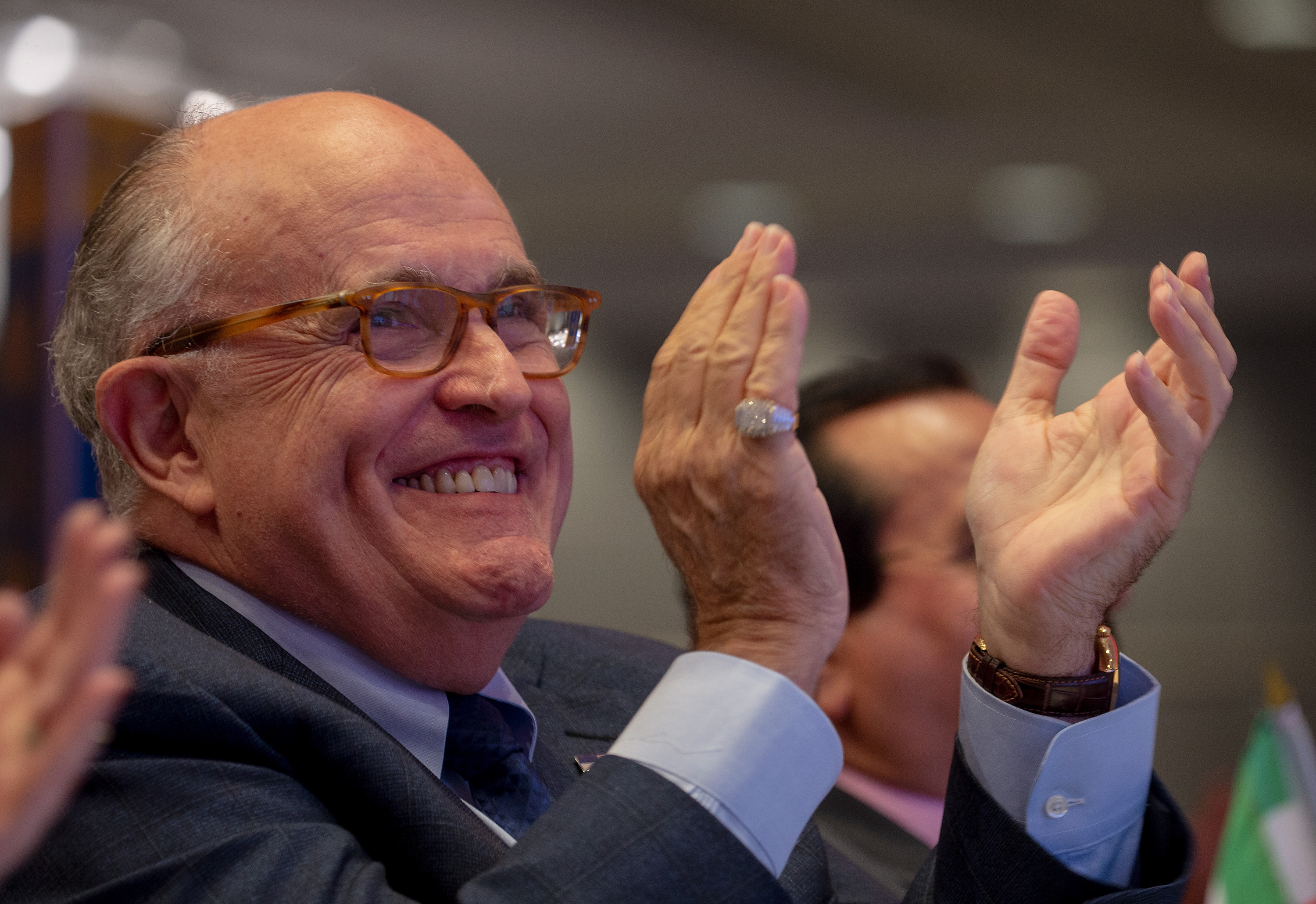 Rudy Giuliani has been leaning into some R&R since he wrapped up his high profile gig on President Donald Trump’s legal team, tweeting out Seth Rich conspiracies and hitching yacht rides with young bloggers.

Wishing this beautiful and vibrant lady a Happy Birthday! May God continue to shower you with blessings today and always. Now let’s celebrate! 🍾🇺🇸 @stephaniemhamill

The group took over a corner table at the party — held at The Stand in Union Square to honor Pirro’s new book Radicals, Resistance and Revenge: The Left’s Plot to Remake America.

This isn’t the first time the septuagenarian ex-mayor of New York and the three have have created quality memories together. Last month, they posed for a video on a yacht before dining at the Hunt & Fish Club, Anthony Scaramucci’s Manhattan restaurant.

Here they are enjoying a nice dinner at Anthony Scaramucci’s “Hunt & Fish Club” in NYC pic.twitter.com/kZnilWRZ4R

Also in attendance at Pirro’s book party was Kimberly Guilfoyle and Donald Trump Jr., according to our tipster.