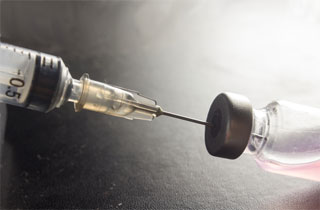 A recent study revealed that the news media’s coverage of the political fight over vaccines can cause people to actually not support vaccines. Good job, news media.

The study, published in the The Annals of the American Academy of Political and Social Science, drew their research from the coverage of mammogram screening guidelines and the debate over the HPV vaccine, and discovered that when politicians turned these noncontroversial health issues into partisan ones, the news media’s tendency to go balls-to-the-wall in covering the fight itself — not the actual science or reporting behind these issues — decreased public support of the vaccines.

Notably, support for vaccines held steady when the authors of the study showed participants clips from news coverage of doctors fighting over vaccines, and actually increased when they showed news coverage that wasn’t centered around any conflict. ” This shows how news media could bolster support for needed vaccinations,” they suggested in the Washington Post. “Steer clear of the political controversy.”

But even if the actual debate dies down, the politicians shut up, and, say, the measles epidemic subsides, the media could still continue to kill public support of vaccines:

More and more, commentators bemoan the politicization of vaccines. And public attention to issues is often short-lived, which means citizens could easily forget political cues about vaccines, presuming that politicians stop stoking the controversy.

However, our research suggests that it is journalists who may not forget. They may continue to remind the public of this controversy for years to come, as they have done for mammography recommendations and the HPV vaccine.

For complete coverage of people in politics flipping out over vaccines, click here for all the articles we’ve published containing the word “vaccine.”